✖
Source: University of Texas Health Science Center at San Antonio  May 01, 2019
Liraglutide, a new effective drug for kids and teens with type 2 diabetes
Diabetes
Presented by 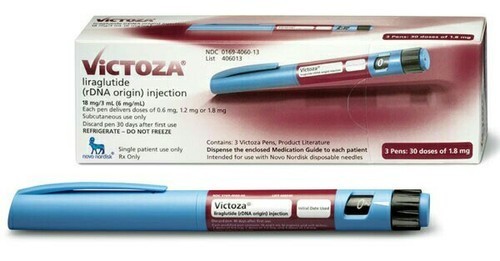 Currently only two drugs, metformin and insulin, are approved by the U.S. Food and Drug Administration for the treatment of Type 2 diabetes in children. By comparison, more than 30 drugs are approved to treat this form of diabetes in adults.

"We've not been able to get drugs approved for children beyond metformin and insulin," Dr. Lynch said. "This adult diabetes medication was very effective in our trial of youth with Type 2 diabetes and was well tolerated. We urgently need other options for medical treatment of Type 2 diabetes in our youth under age 18. If approved, this drug would be a fantastic new option to complement oral metformin therapy as an alternative to insulin for our youth and adolescents with Type 2 diabetes."

The study was a randomized, parallel-group, placebo-controlled trial—the gold standard for clinical research studies. For 26 weeks, it was double-blind—neither the participating families nor the investigators knew which children were receiving liraglutide versus placebo. All children received metformin therapy for the duration, along with rescue insulin if needed, and diet and exercise counseling. After 26 weeks, the study continued as an open-label trial with children who received liraglutide continuing to do so and those on placebo stopping the placebo and continuing on metformin with rescue insulin as needed.

Investigators measured the children's glycated hemoglobin level (commonly called "A1C") at baseline, at week 26 and at week 52. The change in A1C from baseline to week 26 was the study's primary endpoint.

In the liraglutide group at week 26, mean A1C levels were reduced from baseline by 0.64%, whereas levels increased by 0.42% in the placebo group. The estimated treatment difference on A1C levels was minus 1.06%, which "showed the superiority of liraglutide to placebo," the researchers wrote. The estimated treatment difference increased to minus 1.3% after 52 weeks, with no indications of effect by sex or age group. It is estimated that each 1% reduction in A1C level reduces the risk of long-term diabetic complications in the eyes, kidneys and other organs by at least 30%.

Secondary endpoints of the Ellipse study included the change in fasting plasma glucose levels from baseline, the percentage of participants who reached an A1C level of less than 7%, and changes from baseline in body mass and weight.

Fasting plasma glucose levels in the liraglutide group at 26 weeks decreased from baseline by 1.08 mmol/liter and increased in the placebo group by 0.8 mmol/liter, which the researchers said confirmed the superiority of liraglutide. This held true at 52 weeks.

In the A1C analysis, 63.7% of the patients in the liraglutide group attained A1C levels of less than 7% at week 26, compared with 36.5% in the placebo group.

Measurements of body mass and weight at baseline and at week 26 did not reveal significant fluctuations.

Average age of the participant children was 14.6 years, and more than 60% were female. Several other promising medications currently in clinical trials are also likely to be approved in the future, thanks to the success of the Pediatric Diabetes Consortium, a national group of investigators who have strived to improve clinical trial protocols to be successful in the pediatric age range, Dr. Lynch said.