The branch of medicine that is focused on the relief of pain in the perioperative period (i.e. before, during or after a surgical procedure) is known as anesthesiology. The medicaments administered are termed anesthesia and the doctor who is trained in this specialty is referred to as an anesthesiologist. However, terminology may vary depending on the country or continent. For instance, some locales may refer to anesthesiologists as anesthetists and the medication that they deliver as anesthetics.

In general, anesthesiologists are trained after completing medical school, which may range from eight to twelve years, depending on the country.  Their vigorous training entails in depth acquisition of knowledge in key areas, such as the pharmacokinetics (i.e. the effect of the body on a drug) and pharmacodynamics (i.e. the effect of the drug on the body) of drugs. In addition to pharmacology, anesthesiologists must be versed in mechanical ventilation, various monitors of physiological functioning, neuroanatomy and other general areas of medicine. 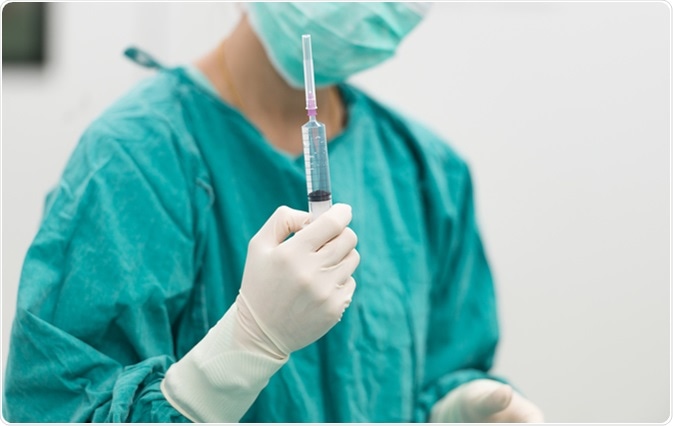 Throughout human history, mankind has always been concerned with the relief of pain. The earlier back in history one travels, with regards to our use of anesthetics, the sooner one realizes that the techniques used become more crude. Purposefully knocking-out patients with head-blows or compressing their carotid arteries until they passed out, are just two examples of such techniques. The majority of earlier anesthetic techniques, however, involved the use of a mixture of herbs and, as many could guess, alcohol.

Around the mid 18th century, the discovery of carbon dioxide was made. This was later followed by oxygen and nitrous oxide (better known as laughing gas), which gave birth to pneumatic medicine. With the exploration of the safety and efficacy of these gases, other agents followed within a century, such as chloroform and ethyl chloride. In attempts to bypass the general effects of these gases, in favor of more localized effects, the numbing properties of cocaine were investigated and gained recognition towards the end of the 19th century.

These discoveries were not without setbacks. One major problem was post-operational infection and it was not until the advent of antimicrobial agents and aseptic techniques that anesthesia really started playing a greater role in surgical medicine. Moreover, the cardiopulmonary depression that accompanied general anesthesia was a cause of great morbidity and mortality. This highlighted the need for respiratory support in the form of endotracheal intubation and manual ventilation.