Alcohol when over-consumed for the first time causes severe effects. Heavy drinking greatly affects not only the liver, but also many other parts of the body system. 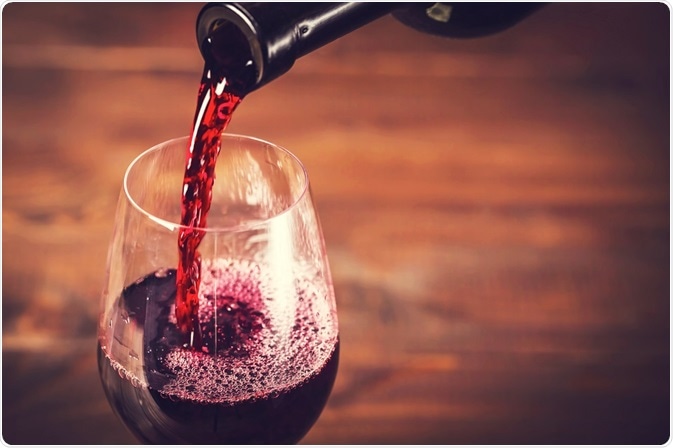 The noxious effects of alcohol are influenced by the amount of consumption, drinking pattern, and quality of the alcoholic beverage. Other factors such as gender, age, body size and composition, genetics, metabolism, nutritional status, and other social factors also play a vital role in causing dangerous effects of alcohol.

Approximately 33% of the alcohol consumed is absorbed into blood through the stomach lining, immediately after consumption. The remaining alcohol diffuses slowly in the blood via small intestine.

Alcohol is carried to the liver through the blood stream; the liver metabolizes a certain level of alcohol, while the rest is circulated all over the body. The blood alcohol level (BAL) increases when a person consumes a higher amount of alcohol than the body can metabolize. Increase in BAL slows down the respiratory system and results in fatality or the coma stage, due to interruption in the oxygen supply to the brain.

Alcohol consumption has both long-term and short-term effects, resulting in abnormal mental health and lifestyle of a person.

Abnormal sleeping patterns: Alcohol affects the quality of sleep and disturbs the sleeping cycle, resulting in tiredness and sluggishness.

The World Health Organization (WHO) report states that alcohol is responsible for more than 200 diseases and injuries. Some of the long-term ill effects of alcohol are diabetes, blood pressure, liver disease, cardiovascular disease, oral cancer, breast cancer, risk to unborn babies, and obesity.

Harmful effects of alcohol on the body system

Alcohol circulates in the body through the bloodstream; starting from the mouth, it travels to the liver, then to the circulatory system, kidney, pancreas, lungs, stomach, and the brain.

Mouth: The mouth has many sensitive layers and membranes; heavy intake of alcohol causes oral and throat cancer. Every 7 out of 10 heavy drinkers are affected by mouth cancers.

Stomach: Alcohol is readily absorbed in the stomach lining. Some factors such as empty stomach, lack of proteins, and taking carbonated beverages during alcohol intake may catalyze the disruption of the stomach lining and aggravate the amount of gastric juices, forming peptic ulcers.

Liver: Following are the effects on the liver:

Pancreas: Alcohol addiction can cause acute and chronic pancreatitis by inflammation of the pancreas. It can also reduce the ability of the pancreas to produce insulin, which may result in diabetes.

Kidney: Alcohol consumption affects the regulation and filtration process of the kidney. Alcohol is diuretic and increases the formation of urine, causing frequent urination, which results in dehydration.

Brain: The brain suffers from a lot of damage due to alcohol consumption. Alcohol reaches the brain within 30 seconds of consumption. It acts on the nerve cells and affects the cerebral cortex, which is responsible for functions of reasoning, thinking, and perceiving.

Alcohol interferes with the glutamate (a neurotransmitter) action and affects the memory, resulting in total blackout. This leads to Wernicke-Korsakoff syndrome, a memory impairing and seizure developing disease. Increased levels of neurotransmitters such as GABA (gamma-aminobutyric acid), endorphin, and dopamine lead to hallucinations, increased aggression, infertility, fatigue, and dyspnea.

In 2012, WHO reported that about 6% of deaths all over the world were caused due to alcohol consumption. Fatality rates are higher in men than in women. Even a single sip of alcohol creates lot of unhealthy drastic changes in the body.