There are several important steps in the diagnosis of adrenal cancer. Initially, a patient usually presents with signs or symptoms that may indicate adrenal cancer. This prompts an investigation involving blood tests, urine tests, and imaging tests to determine the cause of the symptoms.

If a tumor is present, imaging tests are used to determine the nature of the cancer growth and assist in making treatment decisions. 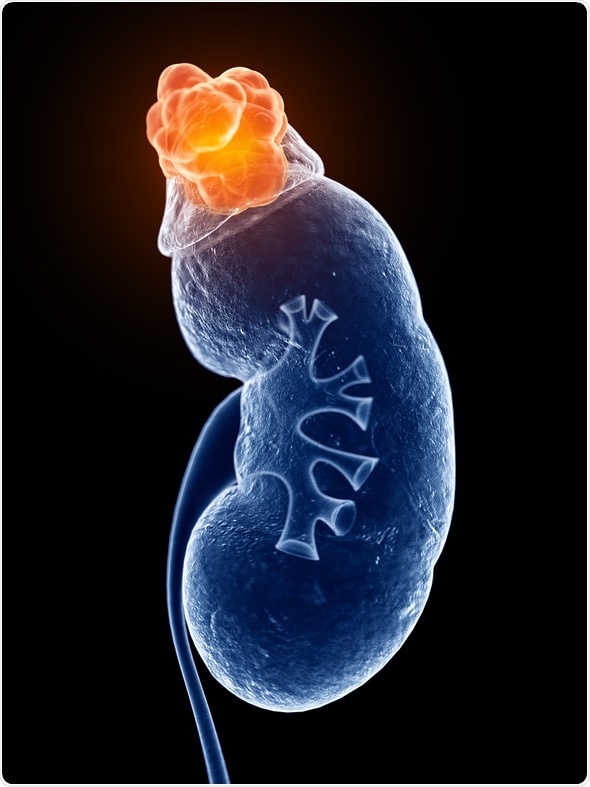 In the initial stage of diagnosis, it is important to collect a complete medication history, including targeted questions that help identify the common symptoms of adrenal cancer. This should include questions about sexual function for males and females and the menstrual cycle for females.

As individuals with a family history of adrenal cancer are more likely to be affected by the condition, questions about family members who have experienced similar symptoms should also be covered in the consultation.

A physical examination is the next stage in the diagnostic process to check for common signs of adrenal cancer. In particular, a thorough examination of the abdomen should be carried out to look for evidence of a mass or tumor in the area.

Both blood and urine samples should be taken and analyzed for abnormal hormone levels. Patients with adrenal adenomas and carcinomas tend to have increased production of the hormones produced in the adrenal gland, which can be detected in blood and urine tests. Important hormones that should be measured include:

Imaging tests are useful to investigate the presence of a tumor when there is a suspicion of adrenal cancer. They can also visualize the nature of the tumor and whether the cancer has spread. Imaging techniques may include:

If a mass is visible in the adrenal gland from the imaging tests, surgery to remove the tumor is the recommended course of action. A biopsy can sometimes be used, but it is rarely recommended due to an increased risk of the cancer spreading outside of the adrenal gland associated with biopsy.

A laparoscopy is another procedure that may be used in the diagnosis of adrenal cancer. It involves the insertion of a laparoscope – a thin, flexible tube with a video camera at the tip – into the side of the patient to see the cancer growth. This is sometimes combined with imaging techniques, such as ultrasound, to get a clearer picture of the tumor.

Adrenal cancer can be staged according to the severity and progression of the cancer in the diagnostic process for the condition. This is an important factor that helps to guide treatment decisions and is indicative of the prognosis for the individual. There are various systems to stage adrenal cancer but the one developed by the World Health Organization (WHO) includes four main stages of adrenal cancer, as follows:

Stage 1: The diameter of the tumor is less than 5 centimeters (2 inches) and is localized within the adrenal gland.

Stage 2: The diameter of the tumor is more than 5 centimeters (2 inches) but is contained within the adrenal gland.

Stage 3: The cancerous growth has spread into the fatty tissue surrounding the adrenal gland or has spread to nearby lymph nodes or organs.

Stage 4: The cancerous growth has spread to the other organs or parts of the body.