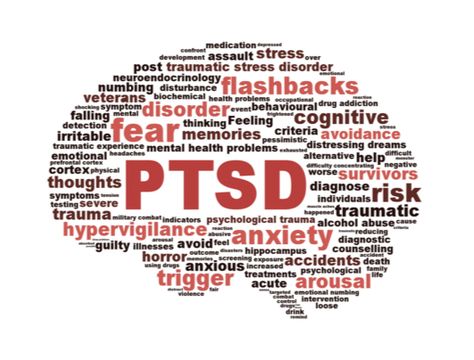 The study team, led by Dr. Fang Liu, Senior Scientist and Head of Molecular Neuroscience in CAMH's Campbell Family Mental Health Research Institute, and Professor and Co-director of Division of Neuroscience and Clinical Translation, Department of Psychiatry at the University of Toronto, recently identified a protein complex that is elevated in PTSD patients. The researchers also developed a peptide to target and disrupt the protein complex. They found that the peptide prevented recall or encoding of fear memories in early tests. This suggests that the peptide could treat PTSD symptoms or prevent them entirely.

Dr. Liu told Thailand Medical News, "The discovery of the Glucocorticoid Receptor-FKBP51 protein complex provides a new understanding of molecular mechanisms underlying PTSD. We believe this protein complex normally increases after severe stress, but in most cases, levels soon go back to baseline levels. However, in those who develop PTSD, the protein complex remains persistently elevated, and so this could be a blood-based biomarker for PTSD as well as being a target for pharmacological treatment. In addition, the peptide we developed could be given after a traumatic event, and could possibly prevent the patient from developing PTSD. This is a completely new approach to PTSD and for psychiatric disorders in general."

Post-traumatic stress disorder or PTSD occurs in some people after experiencing or witnessing traumatic events, such as sexual assault or military combat. Patients can suffer from debilitating flashbacks, nightmares and anxiety which can severely impact quality of life. There are currently no laboratory diagnostic tests for PTSD, and existing treatments have limited efficacy.

Based on a recent study published in the British Journal of Psychiatry, Canada has the highest prevalence of PTSD among 24 examined countries, and 9.2 per cent of Canadians will develop PTSD in their lifetimes.

Dr. Liu added, "We are thrilled this CAMH-led discovery can potentially help millions of people put trauma behind them."

The research study has been supported by CIHR and the CAMH Discovery Fund. CAMH has filed a patent for the peptide and diagnostic aspect of Dr. Liu's invention. Dr. Liu and her team will conduct further testing and refining of the peptide before conducting human clinical trials.