Globally, most clinical and government rules advise pregnant women to refrain from drinking alcohol during pregnancy because of possible unfavorable consequences on the pregnancy outcomes. The World Health Organization (WHO) recognizes pregnant women as a group that needs special care, as they are predominantly at risk of adverse effects of alcohol. 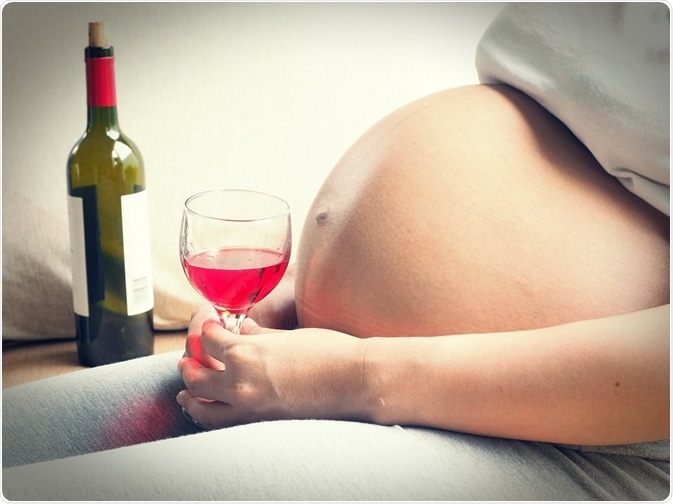 Antenatal or prenatal alcohol exposure may cause either physical, psychological and/or behavioral disabilities in the newborn, defined as fetal alcohol spectrum disorder (FASD). Fetal alcohol syndrome represents the final stage of FASD.

The frequency of alcohol consumption during pregnancy differs among various studies and countries, revealing differences in culture and communal approaches towards drinking. Most women are found to abstain from drinking alcohol as soon as they become aware of their pregnancy, or after they have started to plan for one.

In a systemic review in 2011, researchers investigated alcohol-consuming predictors all over the world based on the population and prenatal settings during pregnancy.

The two most common factors for use of alcohol during pregnancy were identified by women who had a higher consumption of alcohol previous to pregnancy and victims of abuse or violence. The other factors that led to alcohol drinking were upper social status referred to as socio-demographic factor and psychiatric indications such as anxiety and depression.

Of these, some women had indulged in binge drinking prior to or after knowing that they were pregnant. From the study, it is clear that almost all women are sensitive about the risks of consuming alcohol while pregnant, and many had prevented themselves from alcohol intake after pregnancy recognition.

Intake of alcohol during pregnancy and their risks

Alcohol acts as a teratogen in babies born to mothers who had consumed alcohol during pregnancy. The National Institute for Health and Care Excellence emphasizes to avoid consuming alcohol in the first trimester of pregnancy, as this period is the most strongly connected with a higher risk of miscarriage, fetal growth, preterm birth, and low born weight.

Alcohol consumed reaches the fetus through the placenta and causes almost even absorptions in both the mother and the baby. Hence, women preparing to become pregnant and pregnant mothers are strictly advised not to drink alcohol.

Prenatal exposure to alcohol during pregnancy shows its impacts in the normal development of the fetus. Proofs from several animal studies have revealed that disruption in the processes of fetal development occurs through numerous mechanisms.

These disruptions are found in cellular metabolisms like modified use and mobilization of glucose, DNA synthesis and protein suppression, oxidative stress, damage in cell acquisition, dysregulated gene expression, break in interactions between cells, intervention in cell signaling pathways, cell damage or death, and modified placental function or hypoxia.

In 2013, a research was conducted on the association of mild to binge alcohol consumption with neuropsychological disorders.

A study was conducted on the relationship between alcohol drinking by women while pregnant and early age leukemia in children. Acute or infant leukemia in children is largely unknown, but it is believed that ionizing radiation exposure, Down syndrome, and chemotherapeutic agents are closely related with the risk of acute leukemia.

Several studies in the past decade have been conducted to demonstrate a positive link between acute leukemia in children and prenatal exposure to alcohol, as it causes damage to DNA during preconceptions in gamete cells or during pregnancy in fetal cells.