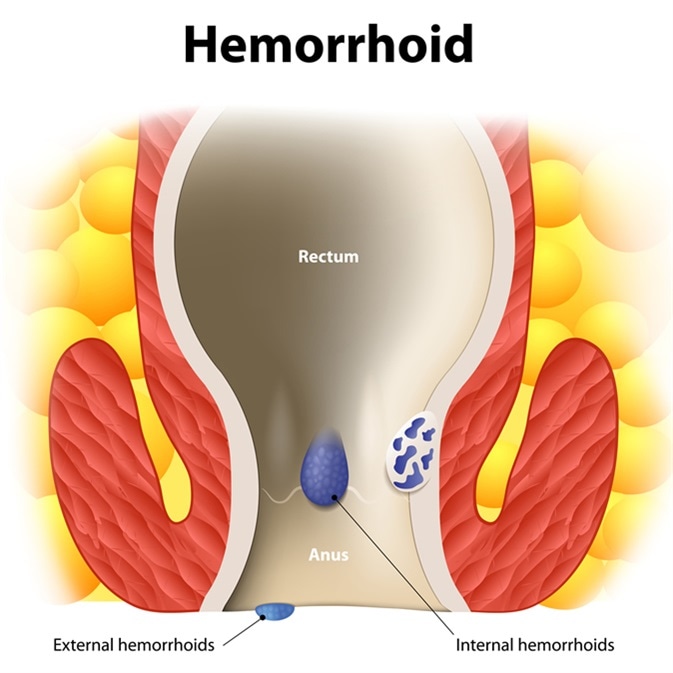 Hemorrhoids are often not associated with any symptoms and people may be unaware they have them. However, if symptoms do develop, they may include the following:

Worldwide, the overall prevalence of hemorrhoids in the general population is estimated to be 4.4%.

There has been a paucity of literature reporting on the epidemiology of hemorrhoids and prevalence is not well documented. However, experts have noticed that in the United States (US) and United Kingdom (UK), the number of people visiting hospital as a result of hemorrhoids has fallen.

The “HD Treatment Center,” a provider of hemorrhoid treatment in North Carolina has published some statistics to create some awareness about the incidence of hemorrhoids.

According to the HD Treatment Center, estimates suggest that around half of Americans develop hemorrhoids by time they are aged 50 and only a small proportion of those people seek therapy. The number of people in the US suffering from hemorrhoids is estimated to be around 10.4 million and 1 million new cases occur each year. Ten to 20% of those new cases require surgery.

The HD Treatment Center has also found that among people older than 45 years, 25% of people who develop hemorrhoids are female and 15% are men. Research has also shown there is a greater likelihood of men seeking treatment for their hemorrhoids than there is for women.

Physiological changes that occur during pregnancy also increase the likelihood that hemorrhoids will become symptomatic and may increase the incidence of diagnosed cases in females.

There is a paucity of data on the incidence of hemorrhoids by race, although it has been shown that there is a greater likelihood of Caucasian individuals seeking treatment compared with other races.

Some individuals are more genetically predisposed to hemorrhoids than others.These people should take measures to decrease the likelihood of them developing the problem.

Age is known to influence hemorrhoid risk, with the likelihood of hemorrhoids increasing as a person ages. In most cases, hemorrhoids develop in individuals who are over 30 years old, although they can develop at any age.

People who live in rural areas and those with a higher socioeconomic background apprear to be more likely to be affected by haemorrhoids.

The number of patients that require surgical removal of hemorrhoids, known as a hemorrhoidectomy, in hospitals in the United States is declining. It reached a peak in 1974 with 117 hemorrhoidectomies per 100,000 people, which dropped to 37 in 1987.