Alzheimer's disease is a progressive neurological condition characterized by loss of memory, confusion, and difficulty in performing regular tasks.

Alzheimer's disease is named after a neurologist, Dr. Alois Alzheimer. It is considered the most common cause of dementia or memory loss. The condition usually affects people above 60 years of age. In some cases, the early onset of the disease occurs when the patients are in their 30s or 40s.  Women are more likely to develop Alzheimer's compared to men.

Alzheimer's disease is believed to have strong genetic etiology. But, lifestyle and environmental factors may also contribute to the disease’s development.  In addition to memory loss, patients with Alzheimer's experience difficulty in reasoning and decision making. Some patients may report mood swings, social withdrawal, and delusions.

Alzheimer's disease causes the formation of plaques and tangles in the brain, resulting in the loss of cell-to-cell communication and eventual neuronal damage.

Stem cell therapy is one of the new-age therapeutic approaches being explored for the treatment of Alzheimer's.

The plaques and tangles in the brain of an Alzheimer's patient affect two essential proteins: ‘amyloid beta’ and ‘tau’. Due to the damage to brain tissues, neutrophins are produced in lesser quantities compared to a normal brain.

Stem cell treatments target to replace the damaged cells with healthy stem cells which can grow on their own, hence,  creating new healthy brain cells. Because the transplant is usually autologous (using patient’s own body cells) in nature, there are fewer chances of tissue rejection or immunological reaction.

Scientists use different types of stem cells for this purpose:

Several preclinical studies in rodent species such as transgenic mice were carried out using different types of stem cells. Intra-hippocampal injection of stem cells showed mixed outcomes in different studies, ranging from the extensive migration of donor cells to the affected area and cognitive improvement in 4 to 7 weeks to no cell migration at all in some of the studies. 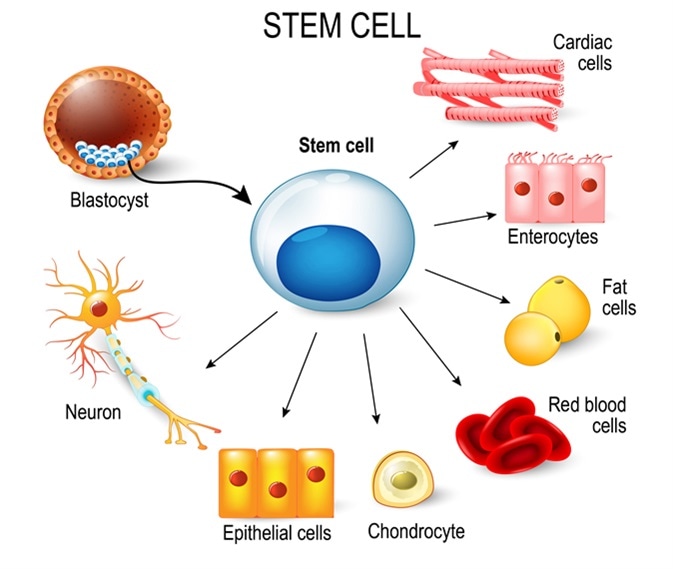 The discord among the results of several preclinical trials has limited the clinical development of this treatment approach to some extent. However, due to a commonly observed safety and ease of handling MSCs in animal models, the majority of clinical trials with stem cell therapy in Alzheimer's are focusing on MSCs.

In a completed Phase 1 study, the transplantation of MSCs derived from human umbilical cord blood was found to be well-tolerated. It also preserved cognitive function but did not show a significant improvement in cognitive function over the period of time.

Several other clinical trials are ongoing, the majority of which are showing a good amount of tolerability and improvement in cytokines and other biomarkers in the brain.

The outcomes of preclinical studies have not translated well clinically, and the results have been model-dependent. Hence, the future development would aim at reducing this variability, and develop more robust approaches to stem cell therapy for Alzheimer's patients.

The major challenge while treating patients with Alzheimer's with stem cell therapy is in terms of diverse neuronal functions which are affected. As a different set of neurons may be affected in each individual, targeting those specific areas of damage, and combining the newer cells into the existing neuronal network could be a challenge. This essentially means the requirement of tailor-made stem cell therapy for each Alzheimer's patient.

Also, because the stem cell transplant will only replace the damaged cells, but will not cure the genetic cause of Alzheimer's, there could be chances of relapses at least in some cases if not in all.

Stem cell therapy offers a new and promising way to treat Alzheimer's disease, which is still an untreatable disease today. Around 5 million Americans are living with the disease, and it’s dubbed as the 6th leading cause of death in the United States.