Current first-line therapies, including spinal fusion and physical therapy, address only the symptoms, and do not treat the underlying degeneration. But now, applying gene therapy, tissue engineering, and stem cell research to treat the degeneration provides an opportunity to correct the pathological process involved.

A growing understanding of the molecular changes associated with the degeneration of the disc has led to an investigation into various treatments designed to directly address these changes. Investigators have looked into therapies targeting several molecular and cellular aspects of degeneration. One has involved the direct injection or stimulation through gene therapy of a number of growth factors involved in regulating matrix anabolism. This technique has yielded promising results in vitro and in vivo in small animal models.

Stem cell therapy has demonstrated potential to be a disease-modifying or disease-reversing therapy for degenerative disc disease. A 2003 meta-analysis of animal studies by Mayo Clinic researchers established potential effectiveness of stem cell therapy. In the analysis disc height was found to be increased. In addition, stem cell transplantation increased water content in the discs and altered the gene expression profile. This study opened up the field for further animal and human studies.

MSCs are a type of stem cell derived from adult tissues. They are immature, undifferentiated cells that have been adapted for ex vivo therapy. MSCs can be found in bone marrow, adipose tissue, and other tissues of the body.

Studies have shown that MSCs have the potential to slow disc degeneration and stimulate regeneration of the matrix. A 2003 study by Sakai, et al. investigated the use of MSCs in a rabbit model of disc degeneration. They partially aspirated the soft, inner core of the spinal disc to induce degeneration. They then injected the rabbit’s own MSCs into the disc. After 8 weeks, the researchers found that the disc maintained its integrity and that the implanted MSCs had differentiated into cells that resembled the original cells of the disc matrix.

A new human clinical trial at the University of California at Davis will explore the use of stem cells in humans with degenerative disc disease. Investigators will inject a stem cell treatment, either mesenchymal precursor cells (MPCs) alone, MPCs in combination with hyaluronic acid, or placebo. The cells are taken from the bone marrow of healthy donors and processed to a therapeutic product that can be used without a need for tissue matching.

MPCs have been shown in previous studies to promote healing by organizing cells to form new tissue. The objective of the trial is to establish safety and efficacy of the therapies, and also to evaluate them for effectiveness in reducing pain and improving mobility. 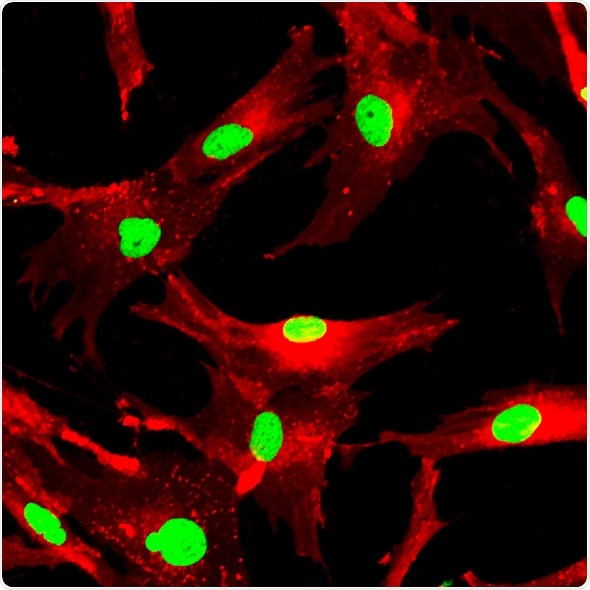 On another front, scientists at Sichuan University, Sichuan, China, compared the efficacy and safety of total disc replacement to that of the fusion for the treatment of lumbar degenerative disc disease. They identified six relevant randomized controlled trials involving 1,603 patients and reported two year follow-up results.

Patients in the total disc replacement group demonstrated significant improvements in measures of low back pain and complication rates at the two year follow-up, compared with the lumbar fusion group. In addition, range of motion was within normal ranges after disc replacement.