Veganism is a lifestyle choice with global reach and appeal. It can be described as abstention from behaviors that are detrimental to the well-being of animals. Veganism promotes the purchase and production of cruelty free, animal free products and encourages individuals to exercise their moral conscience in regards to the environment.

The term ‘vegan’ was coined by Donald Watson, a founding member of the Vegan Society, the first society of its kind. Veganism undoubtedly has a solid moral foundation and standpoint. It is associated with a decrease in illness and mortality. However, the choice not to consume certain food products leads well informed members of this community to consume foods which are fortified or take nutritional supplements as their diets may potentially lack sufficient amounts of vitamin B12, calcium, zinc and iodine. 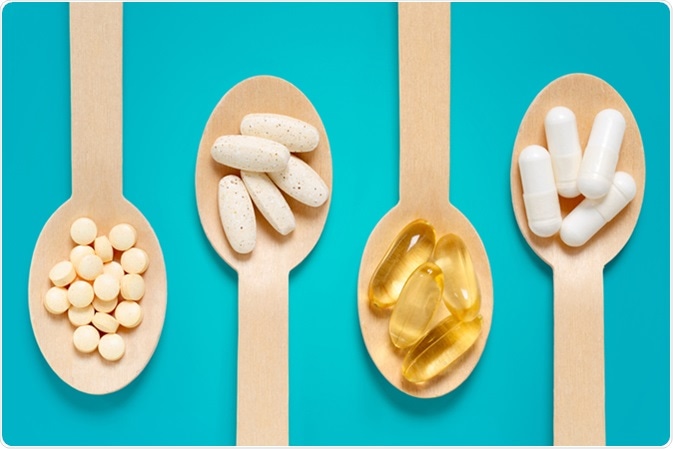 Vitamin B12 is required for a variety of functional reasons. Not only is it implicated in the production of red blood cells, DNA and RNA, it is associated with the prevention of developing neurologic disorders, anemia and the normal functioning of the nervous system.

A pertinent issue for vegans is that vitamin B12 is found in substantial quantities in animal products but scarcely in plant-based foods. For vegans the most practical and effect method of circumventing this issue would be to take vitamin B12 tablets on a daily basis. Other methods include injections of the supplement twice a year.

A deficiency in vitamin B12 is associated with the accumulation of homocysteine, a molecule known to mediate cardiovascular problems.

The risk of developing cardiovascular disease was increased by 60% in men and 80% in women when a 5μmol/L increase in homocysteine occurred.

A distinction between these sub-categories can be made upon examination of a blood film. Macrocytes in megaloblastic anemia are characterized by their oval shape, whereas in non-megaloblastic anemia they tend to be round. Both are caused by poor DNA synthesis where there are problems with both proliferation and maturation.

For those with macrocytic anemia, weight loss, fatigue, lethargy and palpitations are some symptoms they may experience.

Iodine plays a crucial role in the synthesis of both thyroxine and triiodothyronine, hormones implicated in the proper functioning of the thyroid. It is also linked to neonatal development and metabolism and normal growth throughout an individual’s life.

The iodine content in plant-based foods is typically lower than those found in animal products, increasing the susceptibility of falling into iodine deficiency in those who adhere to a vegan diet. Severe iodine deficiency can lead to hypothyroidism (an underactive thyroid) characterized by excessive sweating, heat intolerance and fatigue.

Furthermore, it can cause endemic goiter marked by feelings of tightness in the throat, difficulty swallowing and breathing. Both of which can significantly hinder the quality of life experienced by those with either of these conditions.

Vegan diets may lack long-chain n-3 fatty acids, due to the exclusion of the consumption of fish and eggs. The acid, amongst others found in fish and eggs, are important for brain function, as well as eye and cardiovascular health.

A plant-based n-3 fatty acid called α-linolenic acid can also be converted into docosahexaenoic acid (DHA). When comparing DHA levels in vegans and non-vegans, vegans tend to have lower blood concentrations of the substance.

Fortunately, to increase these levels, vegans can obtain DHA from microalgae supplements and fortified foods containing DHA. However, it is suggested that DHA supplements should be taken with caution.

Despite lowering plasma triacylglycerol levels, they can be detrimental to health as they can raise low density lipoprotein and overall levels of cholesterol and well as impairing immune responses.

A vegan diet presents a positive dietary option for those conscious of both ecological and environmental issues. It also opens a door to a new, more encompassing lifestyle with a focus on the well-being of all sentient beings and the environment as a whole.

As it is also associated with a decrease in morbidity and mortality and is therefore not only a moral lifestyle but one beneficial to the health of those who adhere to it.

Furthermore, research has found vegan diets to be higher in vitamins c and e, fiber and phytochemicals compared to non-vegan diets. Phytochemicals are bioactive non-nutrients found in vegetables, fruits, grains and other plant-based foods that have been linked to a reduced likelihood of the onset of major diseases.

Despite the benefits, for those new to veganism, understanding that supplementation may play a key role in their newly found dietary lifestyle is essential.