Multiple sclerosis is a disease of the immune system which can affect the brain and spinal cord, which constitutes the central nervous system. Problems associated with the disorder include loss of vision, impairment of limb movement, loss of sensation, and a lack of balance and coordination. It is also called MS for short. 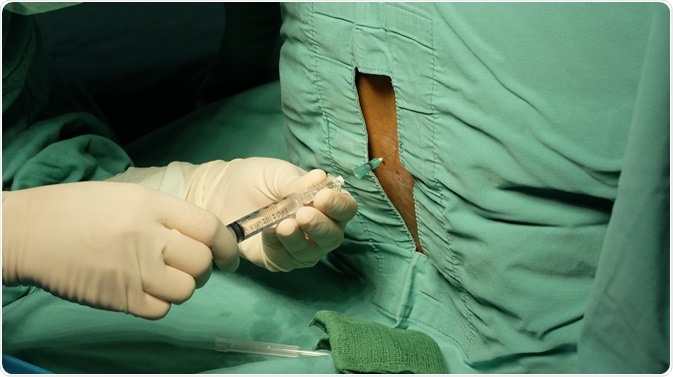 MS is due to the body’s defence system, or immune system, attacking the insulating cover of myelin that protects the nerves. This damages the nerves and impairs their ability to pass on electric impulses to the brain. The scar tissue which is formed due to the damage is known as sclerosis. That’s where the name multiple sclerosis comes from.

For some patients there are no symptoms for almost all their lives, while for others the disease is totally debilitating. The latter group of patients may be unable to function on their own and need help for the most basic of tasks. The exact symptoms and severity can vary vastly from patient to patient depending on the form of MS they suffer from.

What is relapsing-remitting multiple sclerosis?

As the name suggests, those suffering from relapsing-remitting MS tend to have episodes of symptoms that clear up but recur, and that get worse each time or are associated with new symptoms. These symptomatic episodes are known as relapses and the periods when they are free from symptoms are called phases of remission.

There is no knowing what the next flare up of MS will bring for the person. The relapse may last from a couple of days to a few weeks, and in extreme cases even months. Then the symptoms will gradually improve and clear up completely, in some cases.

The relapse may occur at any time. Typically, it will be precipitated by fever or an infection and will last about two days. It has been observed that stress or illness may act as triggers for a relapse. If a person has had two or more relapses and then becomes stable, remission is said to have occurred.

How is relapsing-remitting multiple sclerosis diagnosed?

There is no single test to determine the presence of relapsing-remitting multiple sclerosis. A formal diagnosis of MS needs evidence of damage to the myelin of the central nervous system. This damage needs to be found at two separate areas of myelin. In addition, the damage to the myelin needs to have occurred at different times. Tests to diagnose MS include:

Neurological Examination: This test is conducted by a neurologist who will ascertain the medical history and then perform a physical examination to check the eye movement, hand and leg coordination, sense of balance, reflexes and speech. This is a preliminary test performed for those patients who are suspected to have MS.

MRI Scanning: Magnetic Resonance Imaging or an MRI scan is a test that creates a detailed image of the brain and spinal cord for the doctor to study. The patient must lie still in a tunnel-like structure, which is where the magnetic field is generated.

The patient needs to keep absolutely still for the duration of the test. It will identify any sites of damage or inflammation. The sclerosis sites are clearly seen through the MRI scanner and these images are typically useful in confirming the presence of MS in the patient. At this stage the doctor will be able to formally diagnose the MS in the patient.

Evoked Potentials: This test is conducted by using small electrodes on the scalp of the patient. The electrodes are noninvasive and painless. They essentially measure the time taken by the brain to receive impulses from the eyes, ears and skin. The underlying concept is that sensory messages tend to be delayed due to the myelin damage in patients suffering from MS. The timings of the responses are tested against a standard average.

Lumbar Puncture: Also known as a spinal tap, this test involves a needle being inserted into the  fluid sacs surrounding the spinal cord and a sample of fluid being removed. The test is performed under local anaesthesia. The fluid is then tested for antibodies. Patients with MS tend to have antibodies in this fluid, this shows that the immune system has been activated within the brain and spinal cord. Those who are not suffering from MS will show no antibodies in the spinal fluid extracted.