Acute rheumatic fever (ARF) is a significant source of morbidity and mortality in developing and underdeveloped regions of the world, but is almost negligible in the developed nations.

Rheumatic heart disease (RHD) is the most serious chronic sequel of ARF. This divide is seen in the statistics, which show an incidence (combining ARF and RHD) of less than 1 per 100,000 per year in the latter, compared to more than 10 per 100,000 per year in the former. The prevalence of RHD is estimated at about 60-80 million all over the world, and the mortality could be more than a million deaths per year. 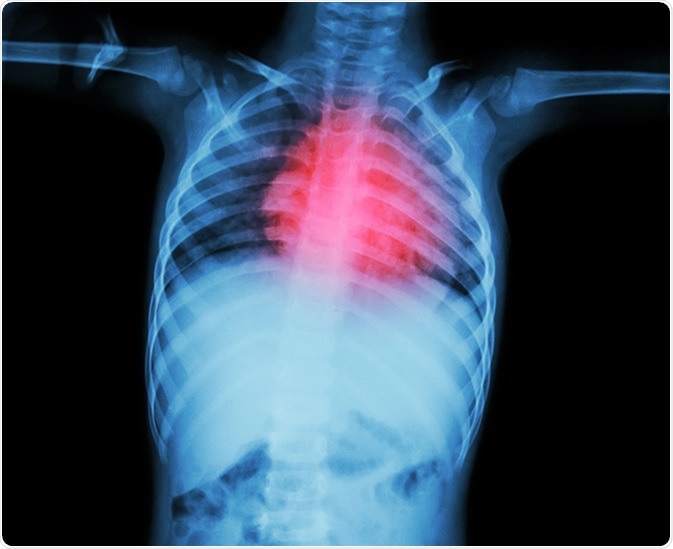 As a result of poor medical facilities, high costs of adequate medical care, and the numerical lack of surgical expertise to deal with such high volumes of cases, it is important to prevent new cases from emerging by using preventive measures. Among these, screening for RHD is termed primary prevention, as it aims to detect and treat early asymptomatic disease.

Secondary prevention refers to the prevention of repeated attacks of ARF, which increase the possibility of symptomatic heart valve damage. In this way, screening can help prevent the progression of RHD to more advanced stages, which require elaborate and difficult treatment. For this reason, the role of echocardiography has been intensively studied in many of the poorer regions of the world, using largely portable detectors. These unanimously agree that this modality is superior by far to auscultation as far as early detection of RHD goes.

Screening for any disease should be undertaken only if:

RHD in school-age children is screened for in most cases by looking for murmurs using a stethoscope, and referring suspicious cases for echocardiography. However, this has been challenged severely by the finding that it misses about 90% of the cases picked up by echocardiography only.

Portable echocardiography is a sensitive and cost-effective way to screen for RHD in endemic regions. The criteria for diagnosis evolved initially by the NIH-WHO was later superseded by a combined format and now the World Heart Federation criteria are in use. They are reproducible by different observers at different times, help exclude congenital and normal variants, and allow a baseline evaluation to assess progressive disease and recurrent damage due to fresh attacks of ARF. Most studies have used a very brief (2-4 minutes on average) single-operator screening echocardiogram of the left side of the heart only, with suspicious candidates being referred for detailed evaluation (again by echocardiography) at a well-equipped center.

While earlier criteria used both Doppler and anatomic features to diagnose RHD, later studies have focused on the usefulness of only one criterion: the mitral regurgitation jet length. This has a sensitivity of 73% and a positive predictive value of 93%.

While the mode of screening is established, it is not yet proven that secondary prophylaxis with penicillin in children with asymptomatic RHD will indeed improve the prognosis. Other options include extending screening to adults who contribute the major share (80-85%) of the RHD burden. Detecting and treating these adults as a priority may be far more impressive in terms of cost-effective prevention of symptomatic RHD than screening of children.

Secondly, the refining of handheld echocardiogram equipment is vital in helping launch nationwide screening programs in poor and resource-strapped countries. Handheld devices provide a highly significant cost savings over the portable echocardiogram machines. Their use is limited, however, by the lack of Doppler imaging, which is required by the WHF criteria.

As of now, portable machines are suitable for use by both health specialists and community health workers with proper training, which again is of significant benefit in settings where healthcare providers are limited in number. The handheld device has been tried out in various settings and recent evidence points to its feasibility and cost-effectiveness as a screening technology for RHD. For this reason, much work is going on to modify the current WHF norms for use with handheld machines. This has to include the risks of over detection of RHD, the reduced sensitivity due to the use of oversimplified criteria, and the unnecessary anxiety and trouble caused to a patient wrongly diagnosed with RHD.

Challenges in screening thus remain, such as:

While echocardiography has proved its value as far as detection goes, the exact nature of the protocol to be adopted and the changes necessary in the approach to this technology, when it is used for the screening of RHD, are challenges that need to be faced in coming years.