Only a small fraction of all the viruses that can infect humans commonly involve the skin; nevertheless, cutaneous manifestations can arise in a plethora of different viral diseases. Recent decades have brought significant advances in adequate diagnosis and treatment of various skin viral diseases, and stigma surrounding some of them also diminished.

In general, viruses use three different routes to infect the skin: direct inoculation, regional spread from a specific internal focus, as well as systemic infection. For example, human papillomaviruses infect the skin via direct inoculation; on the other hand, recurrent herpes infections appear on the skin by spreading from internal focus, whereas the skin in primary varicella zoster infection is affected from systemic infection.

A majority of primary viral infections stem from three groups of viruses: poxviruses, herpesviruses and human papillomaviruses (HPV). In a majority of poxvirus infections only a primary lesion is typically encountered, although generalized lesions can develop in infections with molluscum and human monkeypox. The only one of poxviruses with significant mortality, smallpox, has been successfully eradicated. 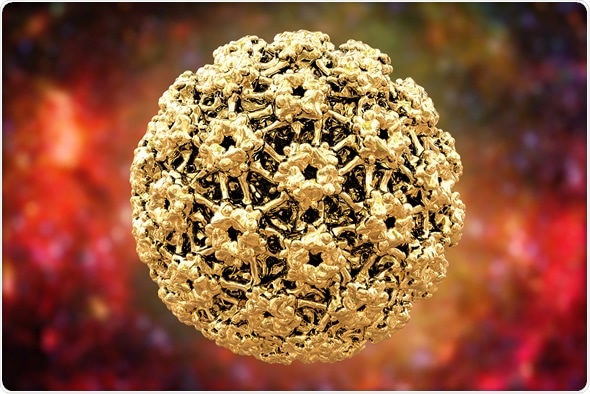 Although herpes simplex type 1 and type 2 are most notable for causing cold sores and genital herpes, respectively, they can be responsible for other cutaneous manifestations such as eczema herpeticum, herpes gladiatorum, herpes whitlow, lumbosacral herpes and erythema multiforme. Primary cutaneous infection is typically followed by a latent infection in the neuronal ganglia.

Different types of warts or verruca (such as flat warts, filiform warts, plantar warts, mosaic warts and genital warts) arise due to proliferation of epithelial keratinocytes that are infected with HPV. These DNA viruses are able to replicate well in epithelial cells, also causing genitomucosal lesions or lesions associated with epidermodysplasia verucciformis (a rare and heritable genodermatosis).

Secondary skin lesions can be seen in infections by viral families such as paramyxoviruses, togaviruses, retroviruses, picornaviruses and parvoviruses. Furthermore, a myriad of diverse cutaneous diseases appear to be viral exanthemas, but no viral etiologic agent has been causatively linked to its appearance (one such example is pityriasis rosea).

Measles belong to a family of paramyxoviruses and are known to cause erythematous macular and papular rash that starts behind the ears and over the forehead, and then spreads to the trunk and extremities. Similar rash is observed in rubella, which a single-stranded RNA virus from the family Togaviridae.

Approximately 90% of patients infected with human immunodeficiency virus (HIV) that is a part of viral family Retroviridae develop skin lesions throughout the course of the disease. Some of those manifestations can be photodermatitis, prurigo nodularis, severe psoriasis, Kaposi’s sarcoma, as well as recurrent drug reactions.

Parvovirus B19 is the cause of erythema infectiosum (also known as “fifth disease”) prevalent in children, as well as papular pruritic socks and gloves syndrome. Several hemorrhagic fever viruses, hepatitis B and C, as well as a variety of other viral diseases can have occasional cutaneous manifestations, but the pathogenesis is not well understood and skin eruption is usually not specific for a particular viral infection.