Neuropharmacology is a branch of study which deals with drugs that affect the nervous system. It is focused on the development of compounds which may be of benefit to individuals who suffer from neurological or psychiatric illness. 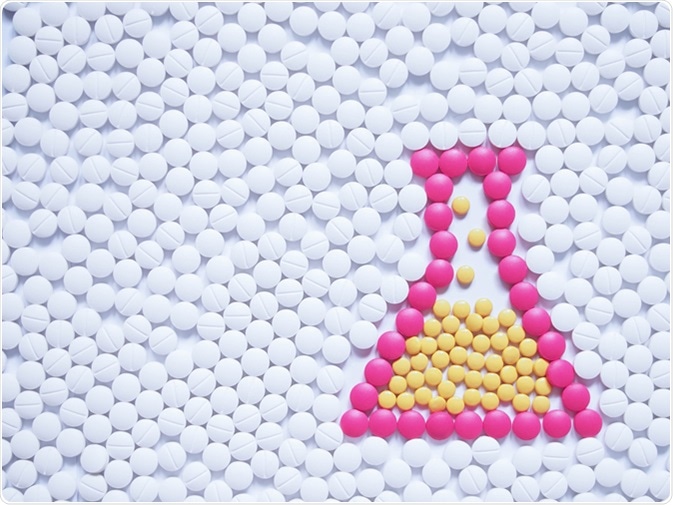 Therefore, this field requires an in-depth knowledge of how the nervous system functions as well as the way in which each drug acts upon neural circuits and alters cellular behavior, and eventually the organism’s behavior.

Neuropharmacology itself came into existence only five decades ago, prior to which there were only four drugs available for nerve disorders: morphine, caffeine, nitrous oxide, and aspirin. In the next 50 years, a new set of drugs such as antihistamines, barbiturates, and opioid analogs have emerged.

With modern insights into the molecular basis of action of many drugs, and the availability of current research methods, work is ongoing to understand how the brain works at molecular and cellular levels. This includes drug delivery to the brain and understanding the role of genetic variation in drug effects between individual patients to achieve personalized treatment of nervous system illness.

The Sites of Action

Neuropharmacology deals with drugs that influence processes that are regulated by the nervous system; thus correct various imbalances in the body’s functioning via neural control.

Drugs which can act at these sites may block the actions of various naturally occurring chemicals or modify effector organ responses. This may be in the form of skeletal muscle or cardiac muscle excitation or inhibition, increase or decrease in cardiac output, alterations of vascular tone, and functional modifications of respiratory, gastric, and central nervous systems to regulate appetite, temperature, and mood abnormalities, among others. Most of these drugs act at the synapses, which allows for selective nerve action by acting on only one or a few nerve receptors.

The action of a neuropharmacological agent depends also upon the number of receptors, which improves its selectivity, receptor affinity, and effectiveness.Since the type of neurotransmitter and receptor differs at various types of synapses, the action of a drug may be diverse depending upon where it localizes. There are more than a dozen neurotransmitters in the brain.

Research in the field of neuropharmacology concentrates on the development of new drugs that can correct chemical imbalances within the nervous system, as well as assesses their level of safety and potency for clinical use. Studies regarding the effects of such drugs on different neurologic functions, including behavior, memory, emotions, and cognition, are also included in this field.

To cross the blood-brain barrier, drugs acting on the central nervous system are highly lipid-soluble. In most cases, psychotropic drugs must be taken for weeks to produce significant stable action. The effects may be due to long-term adaptive responses rather than direct ones, a phenomenon known as neuroplasticity. These drugs may cause tolerance and physical dependence.

Some drugs activate the receptor and promote or inhibit the release of chemicals; for example, receptor activation by adrenaline and acetylcholine  leads to speeding up and slowing of cardiac contraction, respectively.

Others may cause short-term or long-term inhibition of receptor activity by downregulating the synthesis of receptor.

Others act as ion channel blockers and prevent the natural sequence of transmitter-induced receptor activation.

Some drugs increase the activity of transmitter by increasing its synthesis or promoting the production of more active neurotransmitter with higher receptor affinity.

There are also stimulant drugs that either affect the storage of neurotransmitter in the neuronal vesicles  or alter the transmitter release.

Other drugs act by enhancing or inhibiting the binding of transmitter to the receptor, leading to synergistic action or antagonism of receptor action.

Some drugs modulate the receptor action by various mechanisms:

Drugs acting on the nervous system may have following effects: