A stuffy nose is also called nasal congestion. It is the result of swelling and inflammation of the nasal mucosa and underlying tissues, along with the blood vessels that network beneath them. They trap excess fluid, thus becoming full and stuffy. In some cases the nasal congestion is accompanied by a nasal discharge. 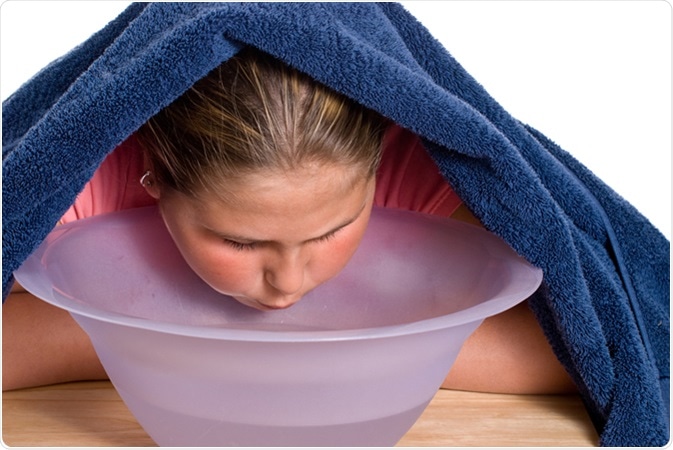 In most cases stuffiness of the nasal passages is not a serious matter, but may cause considerable sleep disturbance in children if it causes disruption of normal nasal breathing, or for infants who are not able to feed, because they cannot breathe while taking in milk through their mouth.

Nasal congestion or obstruction is a very frequent condition indeed, and it is fortunate that its clinical significance is limited in most cases. It can be the chief symptom in allergic and non-allergic disorders of the upper respiratory tract.

A stuffy nose may be caused by many factors, which may be roughly classified as follows:

Allergic rhinitis due to exposure to a wide range of allergens, such as pollen grains, dust mites, animal dander, or nicotine in tobacco smoke, leads to mucosal inflammation and swelling as a result of IgE-mediated hypersensitivity.  Half of these patients complain mainly of nasal congestion.

Nonallergic rhinitis is another condition, which causes inflammation of the nasal mucosa without obvious cause, neither allergic nor infective. It may be due to rhinitis medicamentosa, which is due to one or more medications that can cause nasal congestion.

Senile rhinitis or atrophic rhinitis are other presentations, as is nonallergic rhinopathy. Some irritant or very strong odors are also known to precipitate this condition.

A rare cause is certain disorders of the blood vessels, as in Churg-Strauss syndrome, which causes them to swell.

A third cause is the rebound congestion due to the overuse of decongestant medications.

Pregnancy is associated with hormonally related nasal congestion in some women.

These include any cause of obstruction of the nasal passages including that due to nasal polyps, a foreign body, adenoid enlargement, any anatomical abnormality, such as a deviated nasal septum or hypertrophied turbinate, and in rare cases, a tumor.

Nasal polyposis can cause significant nasal congestion by blocking one of the nasal passages. It is often found in association with long-standing infection, as a side effect of aspirin ingestion, or due to polluted air. Other factors associated with the formation of nasal polyps include epithelial abnormalities and allergies to some foods or inhaled substances.

Rhinosinusitis, which refers to a viral or bacterial infection of the nasal passages and paranasal sinuses, is a well-known cause of nasal congestion. In this condition, similar to allergic rhinitis, the blood vessels in the submucosal layer dilate, causing the mucosa to enlarge in size and reducing the size of the nasal passages.

Inflammatory chemicals released during allergic and infective processes also increase the circulation through these vessels and their wall permeability, allowing more fluid to fill the interstitial spaces. The inferior and anterior turbinates of the nose swell and interfere with proper nasal airflow.

In addition to mucosal inflammation, the thick mucus of chronic sinusitis may itself obstruct the nasal passages and reduce the airflow.

Otitis media and asthma are also often linked to the occurrence of a stuffy nose. In patients with sleep apnea, a stuffy nose can cause or exacerbate sleep disturbances.

In many conditions, nasal stuffiness is accompanied by a profuse nasal discharge.

Reversible nasal congestion is usually caused by mucosal inflammation and secretions as in allergic or nonallergic rhinitis.

It is reversible in the sense that it disappears when the inflammation subsides. However, fixed congestion is usually caused by a mechanical obstruction.