Study Shows Ticagrelor Reduced Heart Attacks And Strokes In Diabetics
Source: Thailand Medical News  Sep 02, 2019  6 months ago
Researchers  from Brigham Hospital and Greater Paris University Hospitals presented the results from The Effect of Ticagrelor on Health Outcomes in Diabetes Mellitus Patients Intervention Study (THEMIS), during the current European Society of Cardiology Congress 2019.The clinical trial  evaluated whether adding ticagrelor to aspirin improves outcomes for patients with stable coronary artery disease and diabetes mellitus but without a history of any cardiovascular issues. The results showed that taking ticagrelor in addition to aspirin reduced the risk of a composite of cardiovascular death, heart attack, or stroke. 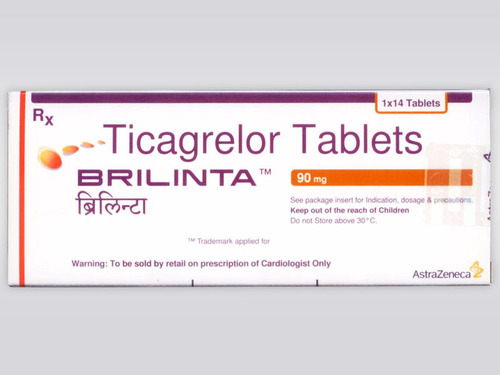 In THEMIS-PCI, a study that specifically looked at THEMIS patients with a history of previous percutaneous coronary intervention (PCI) that includes stenting, versus the overall THEMIS population, investigators found even more favorable results for patients taking ticagrelor plus aspirin.

The THEMIS population is a critically important one in which to understand the potential benefits of taking ticagrelor in addition to aspirin. As the number of people with diabetes continues to rise globally, it is needed to evaluate ways of improving long-term outcomes and preventing cardiovascular and ischemic events.

THEMIS is the largest clinical trial of patients with diabetes so far involving more than 19,000 patients with stable coronary artery disease and diabetes were randomized to receive either ticagrelor plus aspirin or a placebo plus aspirin. Patients were followed for an average of more than 36 months. During that time, 736 of 9,619 patients (7.7 percent) taking ticagrelor plus aspirin experienced cardiovascular death, myocardial infarction, or stroke versus 818 of 9,601 patients (8.5 percent) taking placebo plus aspirin, a 10 percent reduction.

THEMIS co-chair Professor Dr Deepak L. Bhatt from Harvard Medical School commented in an interview with Thailand Medical News, "With prolonged dual-antiplatelet therapy, we need to be thoughtful in considering which patients are most suited to taking the regimen,that is, those at high ischemic risk and low bleeding risk. Our clinical findings show that the greatest benefit occurred in those patients with diabetes and stable coronary artery disease with a history of prior stenting for whom ticagrelor, when added to aspirin, reduced important cardiovascular events, such as heart attacks, strokes and amputations."

As seen with other anti-platelet medications, ticagrelor increased the risk of major bleeding (205 patients versus 100 patients) and intracranial hemorrhage (70 patients versus 46 patients) compared with placebo. The difference in intracranial hemorrhages was driven by an increased number of traumatic bleeds, most of them subdural, and not by spontaneous or procedural bleeding.

Among participants with a history of previous PCI, the risk reductions outweighed the increased bleeding risks. Patients who had received PCI, which commonly uses devices known as stents to widen a coronary blood vessel and keep blood flowing, accounted for the majority (58 percent) of the total THEMIS population. Among these patients in THEMIS-PCI, 404 of 5,558 (7.3 percent) participants taking ticagrelor plus aspirin experienced cardiovascular death, myocardial infarction, or stroke, versus 480 of 5,596 (8.6 percent) participants taking placebo plus aspirin—a 15 percent reduction. Major bleeding occurred in 111 of 5,536 (2.0 percent) patients receiving ticagrelor and 62 of 5,564 (1.1 percent) patients receiving placebo. The risk for intracranial bleeding was similar between ticagrelor and placebo (33 patients versus 31 patients, respectively). Ticagrelor provided a very favorable balance of benefit versus risk, more than in patients without a history of PCI.

The overall results of the clinical trial results indicate that among those with diabetes and stable coronary artery disease, ticagrelor should be focused for patients with a history of prior stenting. This is an easily identifiable, logical sub-group. Studies currently support using long-term dual antiplatelet therapy for patients with acute coronary syndrome who are at high ischemic risk but low bleeding risk. The results suggests that a much broader population of patients with stable coronary artery disease and diabetes stand to benefit substantially. The results are critical as the number of people being diagnosed with diabetes is increasing yearly at phenomenal rates. It is estimated that by 2020, about 1.1 billion people in the world will be having diabetes. References: