Thai FDA joins USFDA and other countries in recalling heart drug, Valsartan due to impurities
Staff Writer, TMN  Jul 14, 2018
Thailand's Food and Drug Administration (FDA) on Saturday issued an order to recall some batches of valsartan, a medicine used to control blood pressure and help prevent heart failure, after it was found to contain certain impurities, in doing so, Thailand joins a lists of more than 22 countries that has been doing so in the last 48 hours. The press statements was issued by Dr Wanchai Sattayawutthipong, secretary general of the Thai FDA on Saturday. 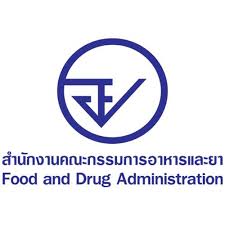 
A common drug used to control blood pressure and help prevent heart failure was initially announced to be discontinued immediately  by the US Food and Drug Administration on Friday, followed by another  22 other countries recalling it thereafter  because the drug contains a chemical that poses a potential cancer risk.

"We have carefully assessed the valsartan-containing medications sold in the United States, and we've found that the valsartan sold by these specific companies does not meet our safety standards. This is why we've asked these companies to take immediate action to protect patients," said Dr. Janet Woodcock, director of the US FDA's Center for Drug Evaluation and Research.

In Europe and Asia, Novartis, the company that originally developed the drug, said Sandoz valsartan and valsartan/HCT film-coated tablets are being recalled because they "do not meet our high quality standards." Pharmacies in the UK are advised to recall valsartan batches containing medicines made by Dexcel Pharma Ltd and Accord Healthcare.

The recall is due to the presence of the impurity, N-nitrosodimethylamine (NDMA), which was found in the recalled products, according to an US FDA statement.

NDMA is an organic chemical that is in a family of potent carcinogens. It has been used to make liquid rocket fuel, softeners and lubricants, among other products. It can also be unintentionally produced through certain chemical reactions and is a byproduct from some pesticide manufacturing, the making of rubber tires or fish processing.

Animal studies have shown that NDMA can be toxic and cause tumors in the liver, kidney and respiratory tract. It can also be potentially harmful to humans in certain quantities. Exposure to high levels can cause liver damage and is a probable human carcinogen, according to the US Department of Health and Human Services.

Novartis spokesman Eric Althoff said after the initial recall last week that products sold in the US were not affected by this recall, but the FDA's ongoing review and laboratory tests found otherwise. "The presence of of NDMA was unexpected and is thought to be related to changes in the way the active substance was manufactured," the FDA release said.

"The amounts of NDMA found in Valsartan API are much lower than the cumulative endogenous production and usual external exposure of NDMA," Althoff wrote in an email July 6. "There is no certainty as to how much this contaminant may potentially increase cancer risk in humans. Thus, the amount of NDMA found in the Valsartan API would not represent a significantly increased risk to the patients taking of Sandoz Valsartan and Sandoz Valsartan HCT Film coated tablets."

The US FDA's investigation into the drug will continue.

"The US FDA is committed to maintaining our gold standard for safety and efficacy. That includes our efforts to ensure the quality of drugs and the safe manner in which they're manufactured," Commissioner Dr. Scott Gottlieb said Friday. "When we identify lapses in the quality of drugs and problems with their manufacturing that have the potential to create risks to patients, we're committed to taking swift action to alert the public and help facilitate the removal of the products from the market. As we seek the removal of certain drug products today, our drug shortages team is also working hard to ensure patients' therapeutic needs are met in the United States with an adequate supply of unaffected medications."

Patients are advised to talk to their doctor if they are taking the medication. They should not discontinue taking medication without a doctor's permission. Going off their medication without supervision could be dangerous, according to the American Heart Association.