Sucralose is a zero-calorie chemically synthesized sweetener that is extracted from sucrose. Sucralose is 650 times sweeter compared with naturally extracted sugar. It is often used in a wide range of fizzy drinks, table-top sweeteners, salad dressings, baking mixes, breakfast cereals, and chewing gum due to its bitter-free aftertaste.

Sucralose is blended with other calorie-free sweeteners such as dextrose and maltodextrin to reduce its excessive sweetness. Most of the sucralose consumed is not completely absorbed by the human body and is disposed of through excretion. Approximately 8–20% of the sucralose gets into the blood and is excreted through urine without metabolism. 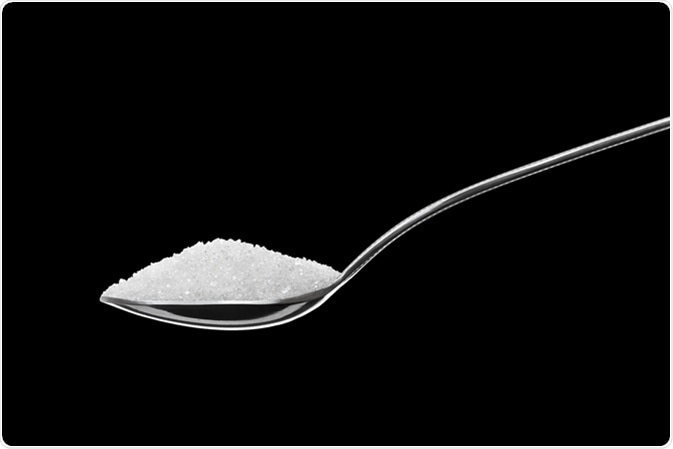 The European Food Safety Committee (EFSC) has affirmed that sucralose is safe for use by humans. The daily ingestion level of sucralose is fixed at 15 mg/kg/d by EFSC. Persons taking various medications, children, and infants are not restricted from the use of sucralose. Sucralose does not show any carcinogenic activity even when the levels of exposure are much higher than normal levels of ingestion. Consuming artificial sweeteners like sucralose during pregnancy was found to be the cause of an elevated risk in babies to become overweight.

Sucralose has no major effects on diabetic patients. It has been observed that there is no change in the body weight of diabetic patients when sucralose capsules are taken twice per day over three months and no major health complications were aroused due to regular intake of sucralose. Yet, proper information about capsule dissolution characteristics is not provided. Hence, more studies of sucralose on maintaining and controlling diabetes are required.

Sucralose becomes unstable when heated at temperatures beyond 180°C.  It has been observed from research data that sucralose starts to generate chloropropanols when it becomes unstable. This condition may increase cancer risk in humans. Studies have concluded that more research is required on the harmful effects of sucralose when heated.