There are currently limited clinical trials testing the effectiveness of turmeric on osteoarthritis, but animal trials have shown that is has anti-inflammatory properties, an integral aspect in relieving the symptoms of osteoarthritis.

Osteoarthritis is a joint condition that causes chronic inflammation and consequent stiffness and pain in the joints. It can affect any joint, but is mainly seen in the knees, hips and the small joints in the hands. It is caused by breakdown of cartilage and underlying bone in the joints, which can occur due to joint injury, overuse of a joint after injury or surgery, age, family history, obesity, or secondary arthritis caused by another condition separate to osteoarthritis. The symptoms and severity of the condition can vary widely from one person to another. Sometimes the symptoms can be mild and intermittent, but other people experience severe and constant pain that has detrimental effects on their ability to carry out everyday tasks. There is no cure for osteoarthritis, but the condition doesn’t always get worse over time. Many treatments are available to help manage the symptoms of osteoarthritis and relieve the pain in the joints.

Turmeric is a Southern Asian perennial plant that is used for fabric dyes and flavouring food, particularly in Asian cuisine. Its scientific name is curcuma domestica. Curcumin is the active compound that is responsible for turmeric’s health benefits, but only makes up 3% to 5% of turmeric. Curcumin supplements can be taken in daily doses of 200mg to 1000mg, but there are risks, as with any supplement. 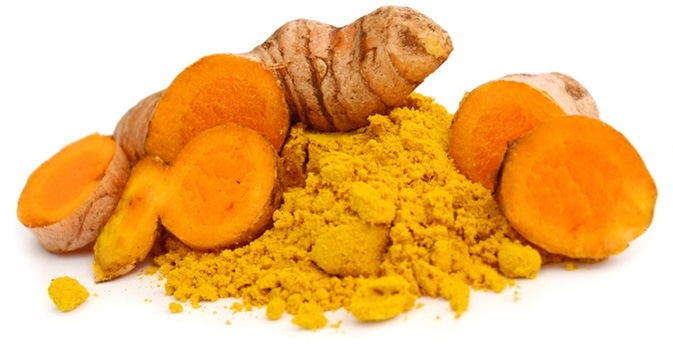 How Does Turmeric Improve Symptoms of Osteoarthritis?

The exact reason for turmeric’s anti-inflammatory action is not currently fully understood, but one hypothesis is that its anti-inflammatory effects are due to an inhibition of pro-inflammatory signals like prostaglandins. Turmeric also changes NF-κB protein signalling, which plays a key role in regulating immune responses, and regulation problems concerning NF-κB have been linked to inflammatory diseases. Additionally, turmeric alters pro-inflammatory cytokines like interleukin production and phospholipase A2, and 5-LOX activity.

Benefits of Turmeric for Osteoarthritis

Osteoarthritis is usually treated with analgesics and NSAIDs (non-steroidal anti-inflammatory drugs), but these drugs can have serious adverse effects including gastrointestinal bleeding and problems with the cardiovascular system, along with allergic reactions. These drugs are generally not safe for long-term use, which is not suitable for a long-term condition like osteoarthritis.

There is evidence that curcumin not only has anti-inflammatory properties, but also antithrombotic, antioxidant and antimicrobial properties.

Participants taking part in a six-week study in which two groups were given 2g of turmeric or 800mg of anti-inflammatory drugs a day found:

Risks of Turmeric for Osteoarthritis

Herbal remedies are often advertised with unsubstantiated claims about their healing properties and are sold as treatments or cures without adequate or reliable research into their safety or effectiveness.

Some studies have shown patients taking high doses of curcumin reporting nausea and diarrhoea. There is also some evidence of high doses of curcumin affecting iron metabolism by chelating iron and suppressing the protein hepcidin, an amino acid peptide hormone that inhibits the entry of iron into the circulation, which may lead to iron deficiency in some patients. However, doses to help with the symptoms of osteoarthritis are generally less than 2000mg per day, which is not known to show any adverse side effects.

The following people are not advised to take curcumin supplements:

People taking the following medicines are also advised not to take curcumin supplements:

While more of a drawback than a risk, curcumin has very low bioavailability, meaning its application as a therapeutic measure is limited. Several methods to increase the bioavailability of turmeric have been developed, including:

While the exact mechanisms behind turmeric’s anti-inflammatory properties are not currently understood, and there are a limited number of clinical human trials on the efficacy of turmeric on osteoarthritis, there are few serious side effects reported of taking turmeric for medicinal purposes. Some human trials have reported an improvement in pain and joint movement after treatment with turmeric. The risks of traditional treatment methods with NSAIDs and analgesics can outweigh those of turmeric, and as such herbal treatments are being more readily investigated.