LCA is a genetically inherited disorder that affects the cells of the retina, making it difficult for the patient to visualize light. With about 3 cases per 100,000 live births, the condition is considered uncommon, but is the leading cause of inherited blindness in children. 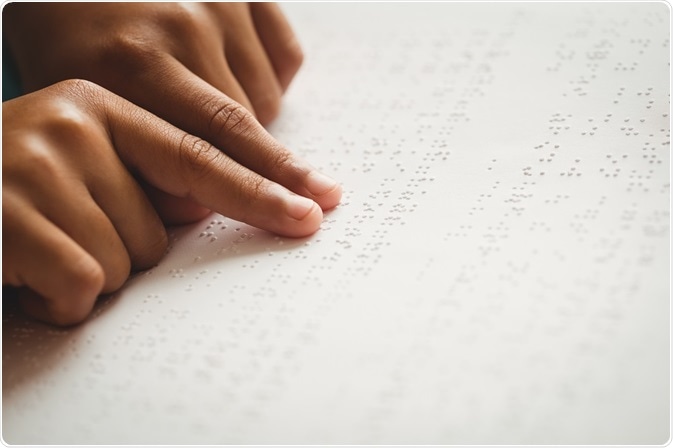 LCA has an autosomal recessive inheritance pattern, which means that both the parents need to have one gene for the disease to pass it on to the child.

The condition may occur due to mutation in any of about 14 genes that are required for proper vision and are related to the normal development of the retina. It is often detected at 2 to 3 months of age.

The level of visual impairment remains the same for a long time as the retinal degradation takes places extremely slowly. However, the child will continue to experience reducing vision till the eventual onset of blindness.

LCA has also been linked with problems such as photophobia, which is a high sensitivity to light, nystagmus, which involves involuntary movement of the eye muscles, cataracts, or clouding of the eye lenses, and hyperopia (extreme far-sightedness).

In addition, the gene mutation for impaired vision may not be the only mutation that the child has. Children who are diagnosed with LCA are often tested and found positive for other genetic mutations.

There is no single gene mutation that is the cause for this disease affecting the eyesight of the child. It is a genetically inherited disease, which is caused by a mutation in any of several genes that are associated with normal vision. These include:

The diagnosis of the condition is made following electroretinography (ERC) that measures the activity of the retina. Those suffering from low electrical activity in the retina are likely to have LCA.

In some cases, there may be no electrical activity at all.  Once the reduced eyesight is confirmed, more advanced genetic testing may be performed to identify the mutated gene. The most common genes that are mutated include CEP290, CRB1, GUCY2D, and RPE65.

What are Zellweger Spectrum Disorders?

A number of rare genetic disorders are collectively known as the Zellweger Spectrum Disorders.They are caused by autosomal recessive gene transfer. Here both parents may be perfectly healthy themselves, but are carriers of the diseased gene.

The conditions that have been associated with Zellweger Spectrum Disorders include hyperpipecolic acidemia, infantile Refsum disease, and neonatal adrenoleukodystrophy.

What were earlier considered separate diseases are actually a genetic, multisystem disorder that can affect several organs.

Symptoms may include neurological deficits, hypotonia or loss of muscle tone, problems with eye sight, loss of hearing, dysfunctional liver, and abnormalities in the functioning of the kidney. Zellweger spectrum disorders are apparent at birth and are seen with a frequency of 1 per 50,000 live births in the United States.

Effect on the liver and kidneys

Children suffering from Zellweger syndrome tend to have neurological deficits, which means that the brain does not receive proper input from different organs and in return cannot send back impulses necessary for the normal function of these organs. Thus the liver and kidneys may progressively become dysfunctional.

Many children develop complications that may prove fatal within the first year after birth. The liver may be scarred due to fibrosis or may be inflamed and cirrhotic. The child may develop jaundice. Small cysts may occur within the kidneys, and internal bleeding or hemorrhaging is common.

Peroxisomes are small membrane-covered structures within the cytoplasm of cells. They are required for many fundamental chemical reactions within the body and help the cell to maintain normal function. The processes they are involved in include metabolism of fatty acids, and digestion of food.

While peroxisomes are found in nearly all types of body cells, they are larger and plentiful in the kidney and liver. The children with Zellweger spectrum disorder have defective peroxisomes, making many chemical processes required for normal function difficult to complete. This, naturally, affects their health.