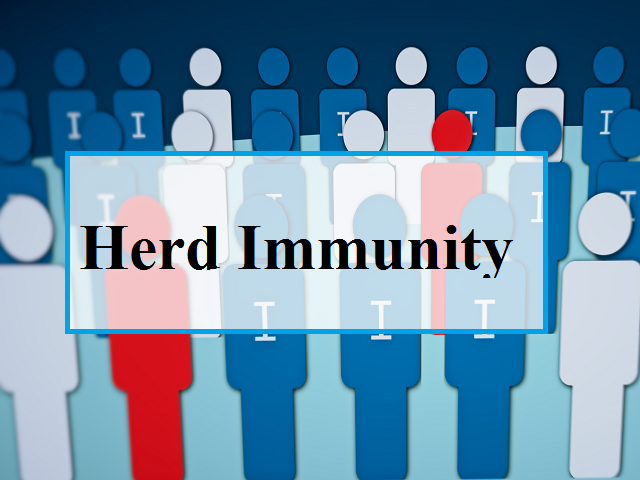 At least three major hospitals in Bangkok have said that they have ceased Covid-19 testing as they claimed that they have ran out of reagents! (they have test kits but no reagents?.. strange as when test kits are purchased they come with more than sufficient reagents normally)

Most hospitals government hospitals when contacted will say that they do not have test kits. Some dubious English media outlets ie one that is owned by proxies from the ruling party itself and is simply their mouthpiece, and another that is surviving by sponsored content by the Chinese government and yet another run by a foreigner have all claimed on their sites that the government has more than 70 labs for testing and also 45 more being added and also a super lab that has already been established but the locations were never given disclosed and neither can they be located online. The list of hospitals provided by Thai PBS could be regarded as misinformation as when checked, most of the hospitals are claiming that they do not have testing services and neither had they ever offered testing services! As of now, we only know that for Bangkok, The Medical Faculty of Thammasat University is offering these testing still at Bt 2,900.

As far as most of the private hospitals are concerned, they are now simply busy trying to scam as much money as they can from foreigners and locals alike while providing sub-standard services. Some will only provide the first Covid-19 test at high prices while should you test positive, not treat you but insist that you go to a government facility while others will only treat you for viral pneumonia using other drugs but will not classify a patient as having Covid-19 and treat you according to these standard protocols. (those who bought the Covid-19 insurance packages are  basically being ripped off as most  private hospitals will not say that they are treating you for Covid-19!)

The Association of Medical Schools on the 19th had sent a petition to the Prime Minister asking the government to be transparent and also to impose a total lockdown. One of the interesting ideas that was proposed was a total stringent lockdown and to have everyone tested in the country by having public officials sent to every home to collect specimens for testing at central labs to be set up in every district. Patients in mild stages will have meds sent to their homes while those in severe conditions will have ambulances pick them up and sent to hospitals and also new emergency treatment centres set up.

We at Thailand Medical News totally support this initiative as having looked at other countries; this would be the best solution for Thailand.

Though the cost of such an exercise is costly, it will be one that will save the country from further ruin. And even if the government does not have the necessary money, it can always pass emergency laws (something that they are very good at) such that under such national emergencies, the monies in the bank accounts of the rich, starting with all politicians including themselves, are totally seized along with all the top 50 corporations or rich individuals in the country to fund these exercises.

Despite many other calls from numerous other entities to totally close down the country, the government did not respond. Instead they imposed partial lockdowns ie only closing shopping malls, schools, pubs and clubs. Whereas companies, factories and most other facilities are still open and the country is still open to tourists especially the Chinese. (as of this morning, we are still receiving reports of Chinese tourists groups in certain Southern resorts.)

Though there are  claims of stringent airport screenings and checks, we have received online reports of concerned visitors who are asking as to why they were never checked upon arrival and could simply brisk by!( Was all that news about stringent screenings at airports also fake news and misinformation?)

Healthcare staff from doctors, nurses, are complaining that they are not being provided with PPEs or personal protective equipment and that even for the protective mask, there are not sufficient stocks. There are no prophylaxis meds for the doctors although studies have showed that Echinacea and Arbidol could help. (https://www.thailandmedical.news/news/breaking-coronavirus-research-shows-that-arbidol-could-help-in-post-exposure-prophylaxis-pep-of-covid-19-transmission-among-healthcare-workers )They were used in China and are now being used in Russia, Japan, Switzerland and Germany.

Most Thai doctors in the public healthcare hospitals are literally on ‘suicide missions’ and the Thai public should help to provide whatever support they  can to help them in their needs as they are the frontlines and if they are affected, the whole healthcare system would go into a state of complete meltdown.

Important attention should be paid to the needs of rural doctors and also rural hospitals and the poorer hospitals in Bangkok.  The public should help so that they can get PPEs, masks, diagnostics and drugs as the hopeless agencies are failing them. Help by using your own organizations or companies to raise finds and buy directly the products to help them.

Be careful of certain online groups etc raising funds for the Covid-19 crisis, as some are being raised for already rich public heath hospitals in Bangkok  that caters for the rich politicians, elites, top government officials and the top uniformed people. The poor will only be admitted as guinea pigs in these hospitals with sub-standard service while the social parasites will be in the best wards with the right drugs and equipment. Also be careful as they are some unethical doctors even trying to make money from equipment sales, drugs and mask by recommending the wrong product ranges.

Some of these entities will also raise funds only for legal entities and foundations. One should note that to register a legal entity, one needs funds, the legal fees, accounting and auditing fees and a lot of stuff and misc operational overheads. As an example, a good intention person donating say Bt 100 for a good cause, will only have the actual needy individual seeing a minute fraction of the donated money as the rest would go to these overheads. While it can be argued that is to maintain that no fraud is being committed as unregulated collections of money can also and in fact be frequently exploited by scammers, there are also many registered entities committing fraud in the same way. (Good example was the Singapore Kidney Foundation saga a few years ago.)

Coming back to the Covid-19 crisis, forget about the government agencies, we do not think that they are properly prepared to handle the situation even if only 5 per cent of the Thai population is affected. We are expecting to see worst figures in the next few weeks unless drastic actions are undertaken. Even in terms of drug stockpiles, they do not have sufficient stocks.

John Hopkins has published a report that Thailand Healthcare ranked 6th globally in terms of being good and efficient (unhappy Thai citizens and Thai healthcare staff should send protest emails to the John Hopkins research facility complaining about the study and also ask for the credentials of those involved in the report to be revoked or even  start an online petition on change.org.)

The healthcare officials in Thailand also have to be careful as they are relying too much on information from China, which we have discovered have an affinity for distorting facts and details in many studies as they using the knowledge and supplies for political and diplomatic lobbying and to exert their dominance. The current drug candidates, Avigan which was originally from Japan, had China buy up a generic licence under the name of favipiravir and they are also trying to control monopoly of the drug by even controlling the flow of raw materials back to original Japanese company and are also influencing medical studies and researches using their money. Not to say that the US government is not doing the same with Gilead’s Remdesivir. It should also be noted that while there is an extremely cheap drug that so far many published studies found online are showing its efficacy for treating the Covid-19 disease, Chloroquine is not being promoted extensively for usage. It was previously designated for treating malaria.

Many are also confused as what approach model is Thailand taking with regards to the Covid-19 crisis. Some are wondering if it is a kind of a new herd immunity model since they has only been a partial lockdown ie companies and factories etc are still open, people are still travelling around and tourists especially Chinese vectors are still allowed in the country.

The government is not making any efforts to boost testing, in fact they seem to be moving away from it, either to keep figures looking low and also part of the herd immunity approach as it would help cut down public health cost. The herd immunity approach basically is to let as many people get infected and die and hopefully, an eventual group that have developed resistance and immunity and able to survive the crisis would emerge.

The WHO has strongly advocated testing, testing and more testing while Thailand is doing the opposite.

Social distancing and self isolation are alien concepts to most Thais who lack self-discipline. Only a stringent lock down policy would help.

We are not sure what is going to be the final scenario as already preliminary speculations are indicating that they could be  five different strains of the SARS-CoV-2 coronavirus circulating around locally and that 3 are very aggressive strains with different clinical manifestations.