New Painless Blood Extraction Device For Diabetics Needing To Do Glucose Checks: Genteel
Source: Thailand Medical News  Nov 24, 2019
Genteel LLC has unveiled its its patented, painless vacuum lancing device that is US FDA approved and is now more accessible to people living with diabetes at an economical pricing. 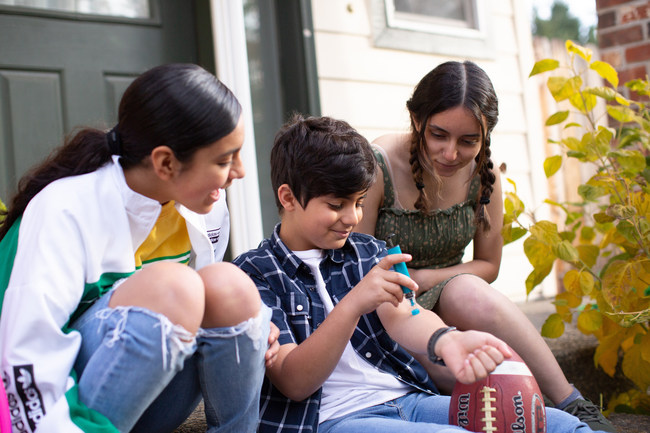 Unfortunately, diabetes is a chronic, lifelong disease with no cure in sight. The current estimate for people living with all types, including gestational, is 415 million worldwide, with an additional 46% undiagnosed. This is expected to rise to 642 million by 2040. Without constant vigilance, there is the risk of significant, irreversible health issues, such as chronic kidney disease, lower-limb amputations, heart attack, and blindness.

A medical device that draws directly from capillary blood is key to improved control and health. While the standard had long been fingertips only, Genteel has changed the landscape of testing with its alternate site options. It is the only stand-alone lancer cleared by the US FDA to perform ample blood draw from both fingers and other sites. Its precise depth control and vacuum technology are vast improvements over a market filled with commonly painful, spring-loaded "pokers" that often leave fingers calloused, sore, or numb.

Knowing glucose levels can be taken from multiple sites promise to be life-changing to those living with the pain and anxiety of finger stick testing. Now, "fingers can take a break" and heal. Pain elimination is crucial to increased adherence, which leads to improved health, lower A1C, and significantly reduced health care costs. Genteel is on the fast track for its second round of in-depth clinical studies to further verify these health benefit claims. With so many impacted by diabetes, it's important to have a solution that provides incentives for better self-management. In constant touch with the needs of its customers, Genteel has worked closely to make its technology even more user-friendly. With expanded outreach into pharmacies, online drug stores, and lower price-points, this life-changing medical device is now available to a broader consumer base.

Genteel was invented by Dr. Chris Jacobs, biomedical engineer for 40 years, holding patents on the variable rate cardiac pacemaker, heart-lung machine, and many medical devices still in use today in hospitals around the world.

Dr Jabob told Thailand Medical News the story behind Genteel. In early 2006, a friend, with Type 2 diabetes, called to say he was at his “wit’s end” with the pain of lancing his fingertips, and begged Dr Jacob to help. “I’m just not testing,” he said, “even though I know the consequences. There has to be something you can do!” Dr Jacob  was moved by his distress, compelled by their friendship, and undone by the irresistible siren song that lies at the heart of every engineering challenge. The gauntlet was thrown, and Dr Jacob made a promise that was to consume him for the next ten years of his life, analyzing the interconnection between blood capillaries and pain nerves, limitations of current devices, and existing technologies that could bring painless lancing to reality.

Genteel LLC has 15 employees and recently moved into a large 5,000 square foot facility to accommodate its major uptake in sales, assembly and shipping demands, both domestic and worldwide.

Genteel can be purchased at www.mygenteel.com or through select pharmacies. Pricing starts at US$49.99.