HPV Or Papillomavirus Could Be Contracted By Blood Transfusions
Source: Thailand Medical News  Sep 20, 2019
For decades, health professionals have assumed that the Papillomavirus is strictly a sexually transmitted disease. However a recent study by medical researchers from Pennsylvania State University showed that  animal strains of the papillomaviruses could be transferred by blood to their respective hosts. And as there is negligible differences between human and animal strains of the papillomaviruses, Penn State researchers on the study said this raises the possibility that human papillomavirus (HPV) may also be transferable by blood in humans. 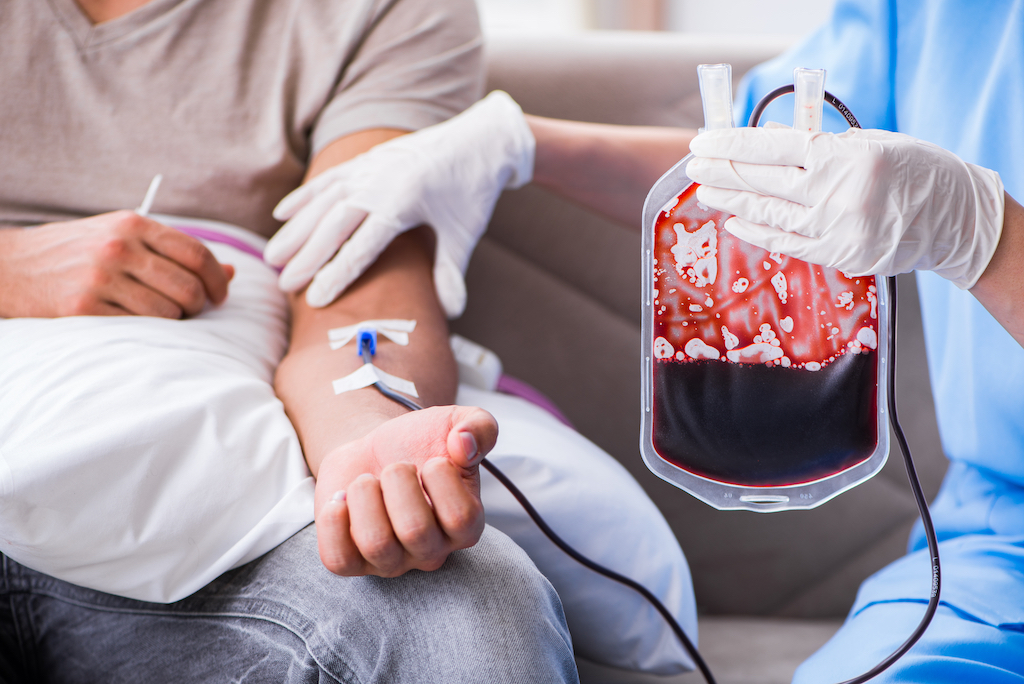 According to the US CDC, HPV is the most common sexually transmitted disease in humans, with an estimated 80 million individuals infected in the United States alone and more than 940 million globally. While HPV is often thought to be harmless, it can sometimes result in genital warts or progress to cervical or oral cancer. New emerging studies are also indicating that the longterm prevalence of the virus in the human body gives rises to a variety of medical symptoms and ailments previously unknown.

Asst Professor Jiafen Hu, from the pathology department at Penn State College of Medicine, commented in a phone interview with Thailand Medical News "People who are receiving blood transfusions typically have immune systems that aren't working optimally, so their systems are more vulnerable," Hu said. "We might want to think about adding HPV to the list of viruses for which blood donations are screened, as well as researching whether the typical viral load of HPV in human blood would be sufficient to cause infection."

The study came about after an observation made in 2005 prompted one of the study authors to question how HPV is transmitted. Some years ago, researchers were looking at blood samples from a group of HIV-positive children, and as they were testing those samples, they found that some of them were also positive for HPV. Because these children were so young, it prompted the question of whether the virus could have come from blood transfusions, which some of the children had undergone.

While HPV is specific to humans and cannot be tested directly in animal models, the researchers said there are several different strains of papillomavirus that do exist in animals and can be a good approximation of how HPV may work in humans. The team used two of these animal models for several experiments, including the Cottontail Rabbit Papillomavirus model, which the researchers said is considered to be the "gold standard" for studying HPV-related infections and diseases as it is almost similar to the human version.

The medical researchers injected virus into the bloodstream of the rabbit and then monitored the rabbits, and after 30 days, noticed tumors on the animals, which Hu said demonstrated that the virus had traveled through the bloodstream and caused an infection.

Because their first experiment used a fairly large amount of the virus, larger than would be present in a normal infection,the researchers repeated the experiment with a five-fold reduction of the virus. The tumors once again appeared, this time on 18 out of 32 sites on the animals.

The researchers were able were to show that the virus in the blood caused tumors, but what intrigued them was what about blood transfusions? Hu said. "People receiving a transfusion may only get a very small amount of the virus. To simulate this, we injected the virus into one animal, took 10 milliliters of blood and transfused it into a second animal. We still saw tumors."

While the rabbit model showed that the virus could travel through the bloodstream to cause infections in the skin, the team said the question remained as to whether it could cause infections in mucous membranes, like the cervix. The researchers repeated the experiments in a mouse model and found that not only did they detect the virus in mucous membranes like the tongue and genitals, but they also found it in the stomach. The team noted that this was a significant finding because people with cancer are sometimes found to have papillomavirus sequences in their stomach and other internal organs.

The team is conducting more research to confirm and validate their notions HPV can be spread through blood in humans, specifically through blood transfusions.

A lot of people who are carrying the virus are asymptomatic but still have the potential to spread the virus. It is worrying if they donate blood as the virus could be spread to a person who is already having a health issue and thus a lower immune system. The team hopes that health authorities would enforce new regulatory measures to include HPV screening for blood donations.