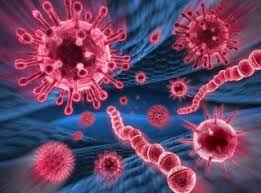 MG, like other sexually transmitted infections (STIs), can cause inflammation of delicate genital tissue. Such inflammation can make the genitals more susceptible to infection with other STIs, including HIV.

In high-income countries, overall rates of MG infection appear to be high, ranging between 7% and 15%. Various new studies done in various countries including in Asia indicated a growing alarming rate of infection in both men and women with average rates of about 8 to 12 % of the population.

Urethritis is an inflammation of the tube (urethra) that carries urine out of the body. Common causes of urethritis are chlamydia and gonorrhea. However, testing of urine and other samples can fail to detect possible causes of urethritis. In such cases, and depending on the degree of distress caused by symptoms, some doctors may treat their patients with a presumed diagnosis of urethritis caused by MG and/or other STIs. In women, MG can cause inflammation of the urethra and cervix (cervicitis) and likely the uterus and the fallopian tubes.

MG is difficult to grow on a culture in the laboratory, meaning that many patients with an MG infection will have false-negative results for their culture. Some labs may have access to specialized tests that can multiply and then detect the genetic material or DNA of MG. Such tests are called nucleic acid amplification tests (NAAT).

Treatment options
In clinical trials comparing the antibiotics azithromycin and doxycycline, azithromycin resulted in more cures. However, those trials were done several years ago and since then MG may have acquired more tolerance and even resistance to azithromycin. Based on reports and clinical trials, there are at least two possible regimens of azithromycin that doctors can consider, as follows: Unfortunately, these two regimens have not been compared against each other in clinical trials so doctors are not certain if one is better than the other.

There is also a 2 gram extended-release formulation of azithromycin. However, no data on the effectiveness of this dose on MG has been reported.

Increasingly, there have been reports of treatment failure when a single 1 gram dose of azithromycin is used in MG infection. In such cases, some STI experts suggest the use of another antibiotic, moxifloxacin (Avelox), given as 400 mg once daily for between seven to 10 days.

However, it is important to note that reports of MG resistant to both azithromycin and moxifloxacin have been documented and there is fear that it could evolve into the next superbug.

All individuals who suspect that they might be affected are advised to visit their local doctors or hospitals immediately to get a proper medical check up and not to self-medicate. They should not avoid seeing a doctor or going untreated as it might be dangerous for them.