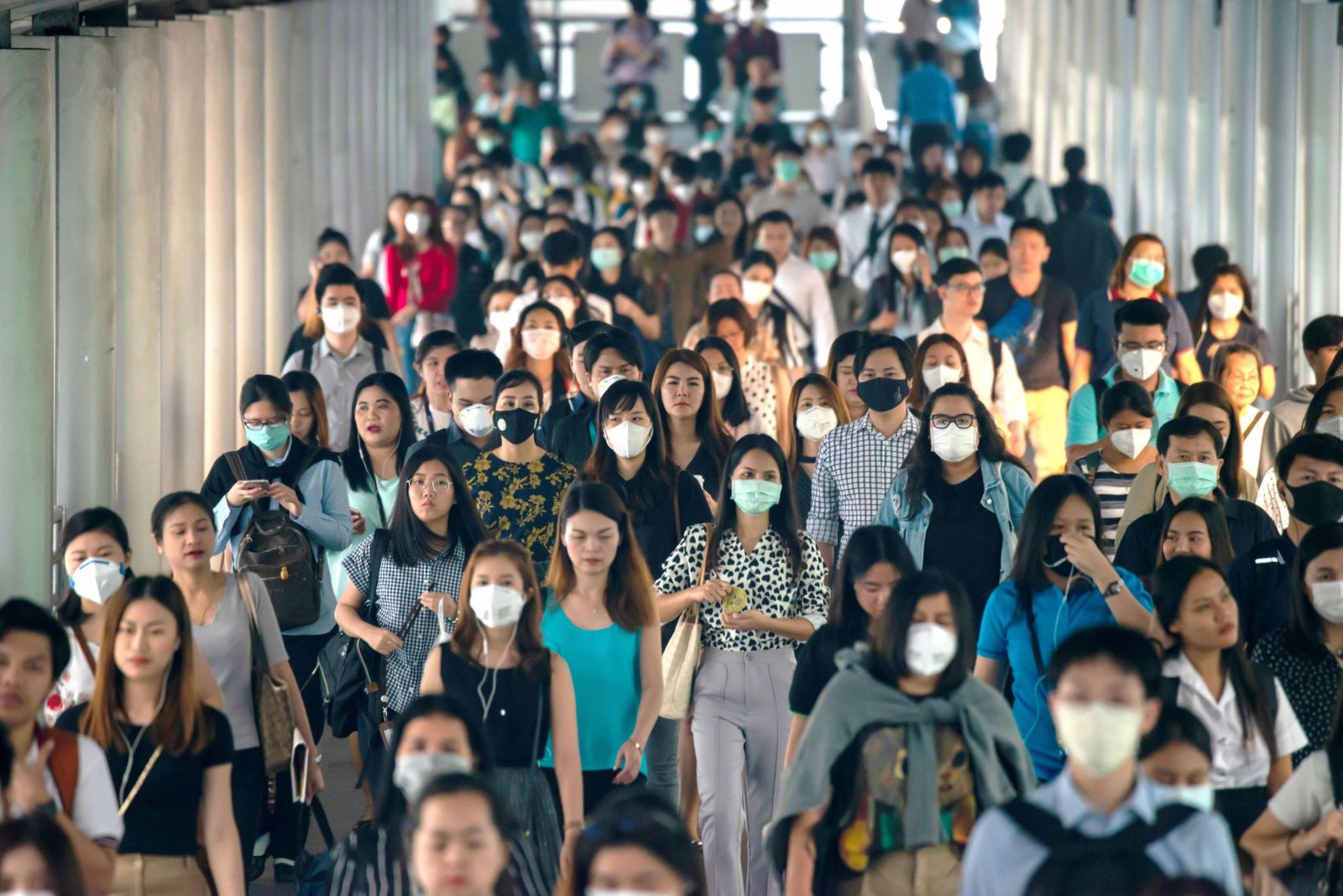 Its best that the Thai government start a daily 30 minute segment on all local TV networks to give the public health and medical updates by themselves and not use press briefings as almost all Thai journalist are incompetent on writing medical and health issues and are not covering the right aspects or asking the right questions.

According to ‘official’  releases from the MOPH, which as of now strangely  stands at only 82 cases and 1 death (no one knows that the real figures are, as provincial health authorities and doctors  are telling otherwise) plus there are  about few thousand cases of suspected cases under observation or what is termed as PUIs (no one knows what the current actual numbers of these PUIs are as of Sunday as some from MOPH said that is only 1,400 plus while others said that it is about  11,800, also another question remains as to why are PUIs remaining in a hospitalized settings under such a long time when a PCR nucleic tests can confirm results within 25 to 45 minutes and a second test within 24 hours can verify the situation but as some patients being held there extremely long. It starts raising questions as to whether all these are actually infected cases with mild symptoms while those that are deemed as infected are actually the severely infected cases?

Another report in an unrecognized dubious English media claimed that Thailand had 35 coronavirus labs (we are to assume that that Thailand has 35 thermocyclers /PCR machines though  research only showed 7) that can test up to 200 specimens a day and that another 40 are also in the midst of being set up. Also it was said that there  is a new super lab that is being created that can handle more than 4,000 test per day using PCR based platforms (we are not sure if the other 35 labs were also using the same technology or something else that no one else in the medical world knows about!). It was further reported in that dubious English media that Thailand has come up with rapid test kits using blood samples that could test for the coronavirus. This would be the first in the World to be able to test forCovid-19 infections using blood samples when all previous studies and observations in China and elsewhere showed that blood could not be used as yet to detect for infections unless in severe conditions where sepsis has already manifested itsef. So unless the authorities and the media concerned could come up with valid proof of that, it could be deemed as fake news and misinformation.

The mask shortage is another issue troubling many Thais. Ever since the Ministry of Commerce which is led by Jurin Laksanavisit from the Democrat party made it a controlled item and despite his initial PR stances of ensuring that Thailand has enough mask to deal with a situation such as now, there is an acute mask shortage with no proper solutions in place to date. Perhaps the Democrats can create an online site that shows live details of the mask situation, from each factories daily  manufacturing numbers, to  how many are leaving the factories per day and where they are heading to, and where are the distribution points and to which entities and where these are further sent to and also a list of all selling points with sales figures per hour etc…such a live website on just the mask issue alone could also show Thailand’s prowess as a tech leader and support Thailand’s 4.0 initiatives and smart cities programme. They could enroll the many idle staff from the various startup agencies to also help work on this simple project and even the various ‘tech leaders’ in the country and also the various tech incubators and accelerators. This could represent a major feat for them if such a site could be up fast.

On another issue, can the Thai government also clarify as to how individuals who wish to import in mask can handle the issue. As it is now a restricted issue, there are so many complications arising from customs, quotas, import license and Thai FDA clearances. Even the existing Thai companies with license to import mask, medical supplies and drugs are being greedy and profit orientated. In this emergency situation, all these should be scrapped as and as far as people can secure their own mask supplies, these hopeless red tape agencies should not interfere!

The same goes for medical supplies, drugs and test kits. There has complains about the inability to get donations of test kits and also antiviral drugs into the country (not for the government use but for private hospitals, private labs and private entities as no one has any assurance if these sent to the government agencies would end up being sold by corrupted officials.)

There are many trying to find ways to help the poorer Thai communities that are most vulnerable to the Covid-19 crisis but are being hampered by government controls and legislatures. Perhaps the government can also help address all these issues publicly (Note that no one wants to donate to directly to the government or its agencies as there is complete lack of trust that these will end up being sold by some corrupted officials.)

Perhaps the government could start the proposed daily 30 minute show on all the TV networks to address all these issues and reassure the Thai public fast as that could win them back the trust and following. But lets have new responsible faces and at least those with still some credibility left. The Minister of Health and The Minister for Digital Economy would be the best candidates to address these daily coronavirus update shows.

Some government officials are proposing to close certain businesses and outlets to help contain the disease. Some these policies show “half-baked’ thinking. On one side foreigners are still being allowed into the country and despite claims of medical screenings and self-isolation, none of these measures are being strictly enforced.

To only way to protect the country and the people at this stage that might be a bit painful economically but a better solution before a full unmanageable crisis develops is to shut down the country for the next 6 to 8 weeks. Close all borders, stop all tourist arrivals and stop all locals from leaving. Shut down cities, close schools, companies and businesses. Identify existing silent spreaders, identify and isolate all those infected and treat them. The government should also arrange a financial package of between Bt 10,000 to 12,000  per citizen except for government and civil servants and the rich, for a month to help them tie over the crisis but there should be no bailouts or loans for companies and corporations. (the US , Germany , Canada has adopted such practices)

Isolation, Social Distancing, Early Detection, Frequent Testing are the only ways to solve this Covid-19 epidemic.

LATEST ON STAFF APPOINTMENTS OR POSTINGS