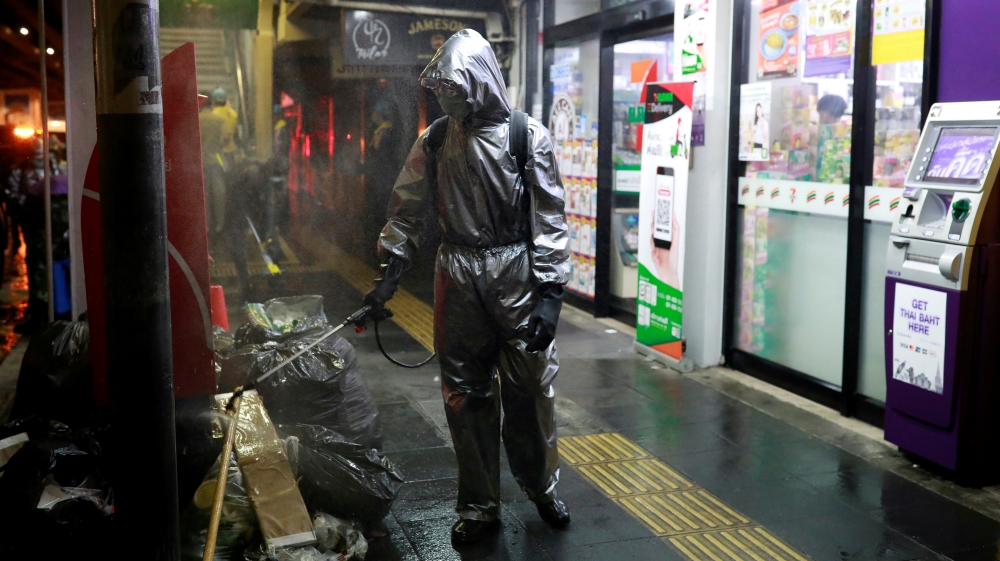 However the number of patients being classified as under investigations has skyrocketed with almost all public healthcare hospitals now overwhelmed (no official figures were given for this).

As of 1415 hrs today, the Thai Prime Minster has warned that Thailand go into a State Of Emergency starting on the 26th of March till the 30th Of April and maybe longer as the situation is worsening.

Complete travel in and out of the country and also between provinces will be stopped and also all other activities and people are to remain at home.

Details of the emergency will be announced strangely enough at a later time.

The new cases over a 24-hour period can be divided into three groups.

The initial group of 25 are connected to cluster cases: five people had attended a boxing event in a stadium, six had been to entertainment venues, two had attended religious ceremonies and 12 had had close contact with others previously confirmed as infected.

The other group comprised 34 people of whom 20 had just returned from overseas (8 Thais and 12 foreigners), 10 were working in crowded areas or close to foreigners, and four are medical staff in Yala, Phuket, Buri Ram, and Nakhon Pathom provinces. Taweesin added that all the medical personnel got infected because patients lied or did not reveal their travel history.

The last group of 47 are being investigated on the source of the infection.
Meanwhile, five people have fully recovered and returned home.