ALERT: The New Resistant Fungal Threat To Asia, Candida Auris
Source: Thailand Medical News  Jun 23, 2019  8 months ago
Medical facilities in several countries have reported that a type of yeast called Candida auris has been causing severe illness in hospitalized patients. In some patients, this yeast can enter the bloodstream and spread throughout the body, causing serious invasive infections. C. auris can cause infections in a number of areas of the body, ranging from wounds to the ears to the bloodstream. This yeast often does not respond to commonly used antifungal drugs, making infections difficult to treat. Even a current class of antifungal drugs called echinocandins,are becoming useless as the fungal quickly evolves and becomes resistant to not only these drugs but even newer drug combos or regiments. 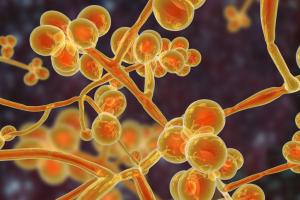 The first U.S. cases of Candida auris infection appeared shortly after the US CDC became aware of it globally in 2016. Since then, there have been thousands of confirmed cases of C. auris, with most reported in New York City, New Jersey, and Chicago, according to the latest CDC data. The agency also said that the fungus has been detected in more than 20 other countries. There is strong suspicion that hundreds of thousands, if not millions of people are infected with the disease in Asia but due to lack of knowledge about the fungus and also due to lack of proper laboratory diagnostics, patients are being misdiagnosed or “labelled” as being down with other conditions.

In most Asian countries, hospitals and healthcare professionals are not even aware of the new threat and most do not even have the proper diagnostic means of identifying the fungus. Traditional laboratory diagnostics often lead to misidentifying the fungus with other common strains of yeast. Specialized laboratory methods are needed to accurately identify C. auris. Misidentification and inappropriate management, makes the spread of the fungus more rapid and it is believed that is what is currently happening in Asia.

The U.S. Centers for Disease Control and Prevention are already labelling it as a serious global health threat.

Patients who have been hospitalized in a hospital  facility for a long time, have had central venous catheter, or other lines or tubes entering their body, or had previously received antibiotics or antifungal medications, appear to be at highest risk of infection with this yeast. Those with lower or compromised immunity also are at risk as well as the young and elderly.

Based on information from the US CDC, between 30–60% of people with C. auris infections have died not only in the US but also globally. However, many of these people had other serious illnesses that also increased their risk of death. Many Governments are keeping the issue silent so as to not create panic among the general populations. In Asia, many governments and healthcare agencies are not even doing enough to prepare to equip their healthcare sector with proper laboratory diagnostics, research and even treatment protocols to deal with this new threat. Many individuals who have died from this new fungal infection are often listed as having died due to other causes.

As of press time, there has been developments about a new drug combination that might work on this strain of drug resistant fungus. Microbiologists at Beth Israel Deaconess Medical Center (BIDMC) have shown that a combination of anti-fungal and anti-bacterial medications may be an effective weapon against the recently discovered multidrug resistant, Candida auris (C. auris). The antifungals amphotericin and caspofungin and the antibacterials minocycline and rifampin were identified as potential drug combos but human trials have yet to start and also there is a worry that the fungal strain will also develop resistance as it had in the past.