Agoraphobia is a fear of open spaces, or, sometimes, of leaving the home. It is diagnosed when the affected person experiences anxiety symptoms or panic attacks in multiple situations that fall under the umbrella of agoraphobia triggers. The origins of agoraphobia can be complex. They include trauma, alterations in the brain chemistry, and co-occurring disorders. 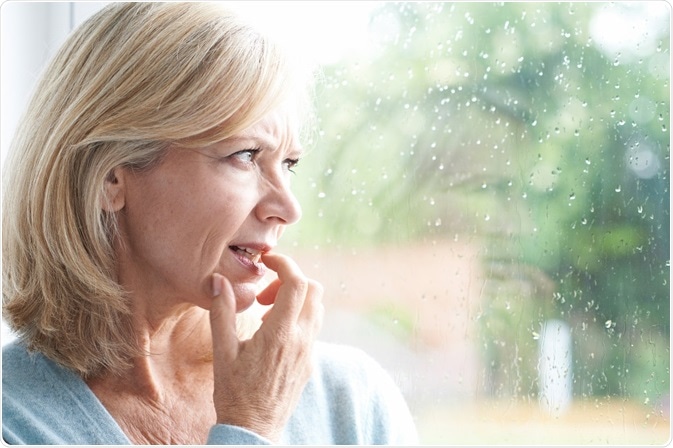 Agoraphobia symptoms include the same symptoms as anxiety and panic disorders. They include difficulty with breathing, chest pain, trembling or shaking, lightheadedness, sweating, and nausea. Agoraphobia also frequently leads to panic attacks. Panic attacks are more severe episodes of anxiety. A panic attack typically peaks within about ten minutes and lasts about an hour.

Agoraphobia was originally defined as a type of panic disorder. People with agoraphobia often have panic attacks. One way that agoraphobia sometimes begins is that the individual has a panic attack in a situation such as a shopping center or on public transit. The initial incident leads to the fear of having another panic attack in the same situation, which in turn leads to avoidance of that situation.

An imbalance of hormones and neurotransmitters in the body can also contribute to agoraphobia. The natural “fight or flight” reflex is controlled by a cascade of hormones, including adrenaline, that cause physiological changes like increased heart rate and rapid breathing. Improper triggering of the fight or flight system can contribute to agoraphobia.

As well, imbalances of neurotransmitters can predispose some people to increased stress responses, leading to agoraphobia.Lastly, some people may have a malfunction in the brain networks that create fear, putting the fight or flight response in overdrive.

Trauma can lead to many different anxiety disorders and phobia. An adverse childhood experience, like the death of a parent or sexual abuse, can cause the disorder to develop.

Phobic disorders including agoraphobia have been found to have an inherited component. First-degree relatives of people with specific phobia have a six-to-nine-fold higher risk for the disorder. In a study of more than 5000 twins, there was a high heritability factor for agoraphobia.

Some studies have revealed chromosomal regions that may harbor genes that control susceptibility to agoraphobia, but gene association studies have not thus far turned up any specific loci. These same genes also show correlations to other anxiety-related disorders.

Difficulties with spatial orientation may contribute to agoraphobia. People without agoraphobia maintain their balance by processing information from the vestibular system and combining it with visual information and proprioception. Agoraphobic people have been found to have a high rate of weak vestibular function, relying more on visual and tactile signals. When visual cues are sparse, as in wide-open spaces, or when they are flooded, as in a crowd, they may become disoriented.