New study shows that ranitidine is an unstable molecule that breaks down under different conditions into the carcinogen N-nitrosodimethylamine (NDMA). 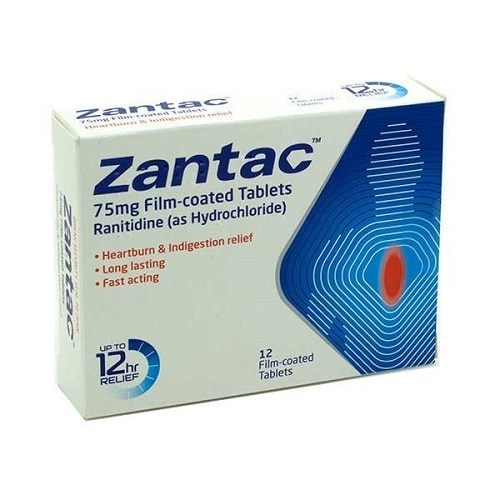 Online pharmacy Valisure is claiming that the Zantac is carcinogenic with N-nitrosodimethylamine (NDMA); that is a byproduct of the breakdown of the ranitidine molecule. The company, which performs its own testing on drugs it carries, initially alerted the US FDA to the ranitidine issues in June. It then filed a Citizen Petition in September urging the FDA to pull all ranitidine from the market.

David Light, CEO of Valisure commented in an interview with Thailand Medical News, "The fundamental problem is that it's an unstable molecule. The drug itself can directly degrade and form, with very high efficiency, NDMA."

The US FDA challenged Valisure's testing method, saying it's "not suitable for testing ranitidine because heating the sample generates NDMA." The protocol, the same one FDA used to reveal NDMA in angiotensin receptor blockers, involves heating the compound to 130 °C, or about 266 °F.The US FDA said a protocol that doesn't use elevated temperatures should be deployed instead, and this has revealed lower levels of NDMA in ranitidine, although the agency still called those levels "unacceptable."

Valisure argued that other studies using other conditions also showed NDMA as a ranitidine breakdown product, including exposure to chlorine (particularly in wastewater treatment plants) and ozone.

David Light, CEO of Valisure further commented "These are conditions that could cause NDMA to form during the standard transit of ranitidine products both by suppliers and individual patients ie a hot car, for example."

While a "body-temperature" model used in Valisure's ranitidine testing didn't turn up NDMA, another test mimicking the stomach environment yielded 300,000 ng of NDMA from a 150-mg tablet. That's more than 3,000 times the level the FDA set when it had to decide how much NDMA could be tolerated in angiotensin receptor blockers (ARBs).

William Mitch, PhD, of Stanford University, co-authored a 2016 paper that found an average of 48,000 nanograms of NDMA in 24-hour urinary excretion after participants took a 150-mg ranitidine dose, a 400-fold spike from baseline. He said "We don't know if the ranitidine was converted to NDMA in the stomach or in the body (e.g., liver), because we only measured the urine. But we suspect some conversion in the body since the levels we were seeing were higher than previous measurements of NDMA in human gastric juice after ranitidine consumption."

While the US FDA hasn't ordered a recall of ranitidine products, other countries, including Canada, Germany, France, Italy, Switzerland, and Austria have done so, and major U.S. retailers including CVS, Walmart, Walgreens, and Rite-Aid have pulled all ranitidine including branded Zantac from store shelves. Sandoz and Apotex have voluntarily recalled their versions.

Light said. ""Unfortunately, there's a misunderstanding with some regulatory agencies thinking about this as just contamination, and that does appear to have been the position of the FDA. Contamination is almost irrelevant compared with the fundamental instability of this drug."

Valisure launched about a year ago, positioning itself as a pharmacy, a lab, and a wholesaler. Now licensed in 38 states and with a staff of 12 in Yale University's Science Park in New Haven, Connecticut, it analyzes some 2,000 compounds, mainly generics, and now some brands, to introduce a level of quality control into the system that Light says didn't exist before.
"This is a largely self-reported industry, with very little chemical analysis of products, noting that many manufacturers are in China and India. "We thought, wouldn't it be great to have chemical analysis at the end of the supply chain where it matters the most, when patients are going to get the drug?" Light added.

Once the FDA discovered NDMA and other carcinogens in ARB drugs, Valisure added those tests to its panels. It was also the first to detect the industrial solvent dimethylformamide (DMF), which is also classified by the WHO as a probable carcinogen, in valsartan.

Ranitidine was one of the first compounds Valisure tested after including the carcinogen analysis, because Light's co-founder had an infant daughter taking the drug. Their analysis turned up "extremely concerning results" of 3 mg of NDMA in a single 150-mg tablet, using the high-heat test.

The carcinogenic breakdown doesn't appear to be a class effect for H2 antagonists, and it doesn't seem to extend to proton pump inhibitors (PPIs), the other major heartburn drug class, Light said.

Valisure tested 10 major H2 antagonists and PPIs, and found only one other drug, nizatidine (Axid), which is less commonly used in the U.S., turned up some NDMA, at levels 70-fold lower than those seen with ranitidine. Other drugs in the same class, famotidine or cimetidine, didn't generate any NDMA under the high-heat test; nor did the PPIs omeprazole (Prilosec) or esomeprazole (Nexium).

Given ranitidine's popularity, physicians are facing questions from patients about whether they should be tossing it from their medicine cabinets.

For individuals who have been "using ranitidine for a while, now would be a good time" to determine whether they still need it or if they might switch to another drug, "including other drug classes or a different H2 blocker." This, by the way, was the US FDA's recommendation as well.

Thailand Medical News noted that in Thailand, three gastroenterologists from three so called top hospitals in Bangkok when contacted had no clue about the Zantac Saga while there was also no drug alerts so far from any regulatory bodies in Thailand about Zantac despite being a so called medical hub.