✖
Source:Thailand Medical News  Sep 30, 2019
Thais Should Be Proud Of Thailand’s Role In Advocating The Adoption Of The Universal Healthcare System Globally At The Recent UN General Assembly
News
Presented by

Thais Should Be Proud Of Thailand’s Role In Advocating The Adoption Of The Universal Healthcare System Globally At The Recent UN General Assembly
Source:Thailand Medical News  Sep 30, 2019

H.E. Prime Minister Prayut Chan-O-Cha should be praised for the leadership of drafting this declaration and pushing it globally at the UN.

H.E. PM Prayut Chan-O-Cha played a very important global role in supporting the UN and World Health Organization ‘s push to have all member countries of the UN adopt the Universal Healthcare Coverage for all their citizens by 2030 in their respective countries at the recent The UN High-Level Meeting (UN HLM) on Universal Health Coverage that took place during the United Nations General Assembly (UNGA74) in New York. 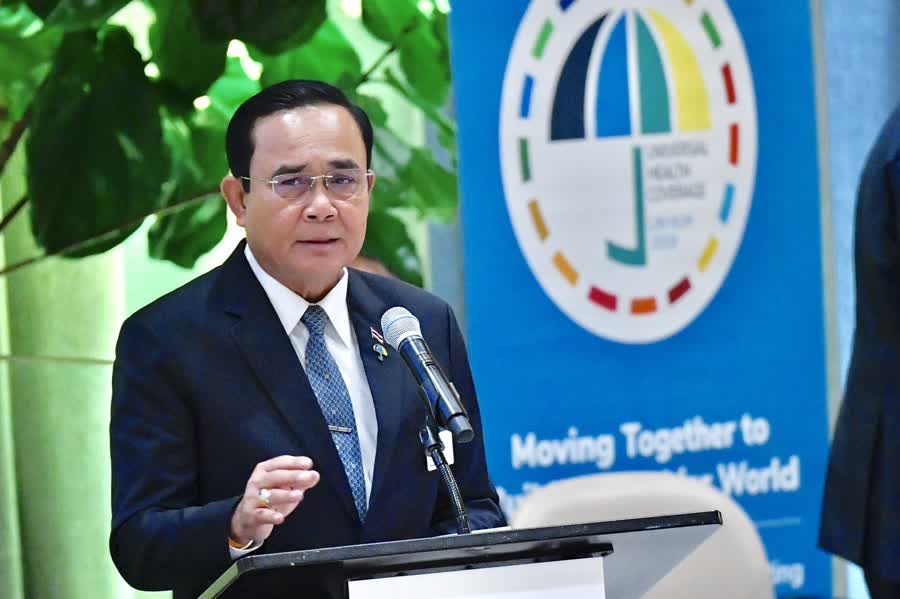 Though Thailand’s Universal Healthcare Coverage might not be 100 percent perfect and there are still flaws, it takes time to tweak the system considering the complexities involved, the numbers of people involved, the tons of diseases and ailments involved, the high budgets involved and also the constrains involved.

Many Thais love to complain and expect everything to be handed out to them for free as if it is their birth-given right without even contributing to society in any way.

When compared to many countries in the world, including certain developed Western countries, where even basic healthcare is not accessible to all, and the poor classes are often at a disadvantage, Thais should be happy that even if the system is not great, they at least get to see a doctor about their ailments, get basic diagnostics done and get basic drugs. (even if it is just paracetamol or generic ampicillin….they should to be thankful unlike countries in Africa where even those are considered as a luxury commodity!) 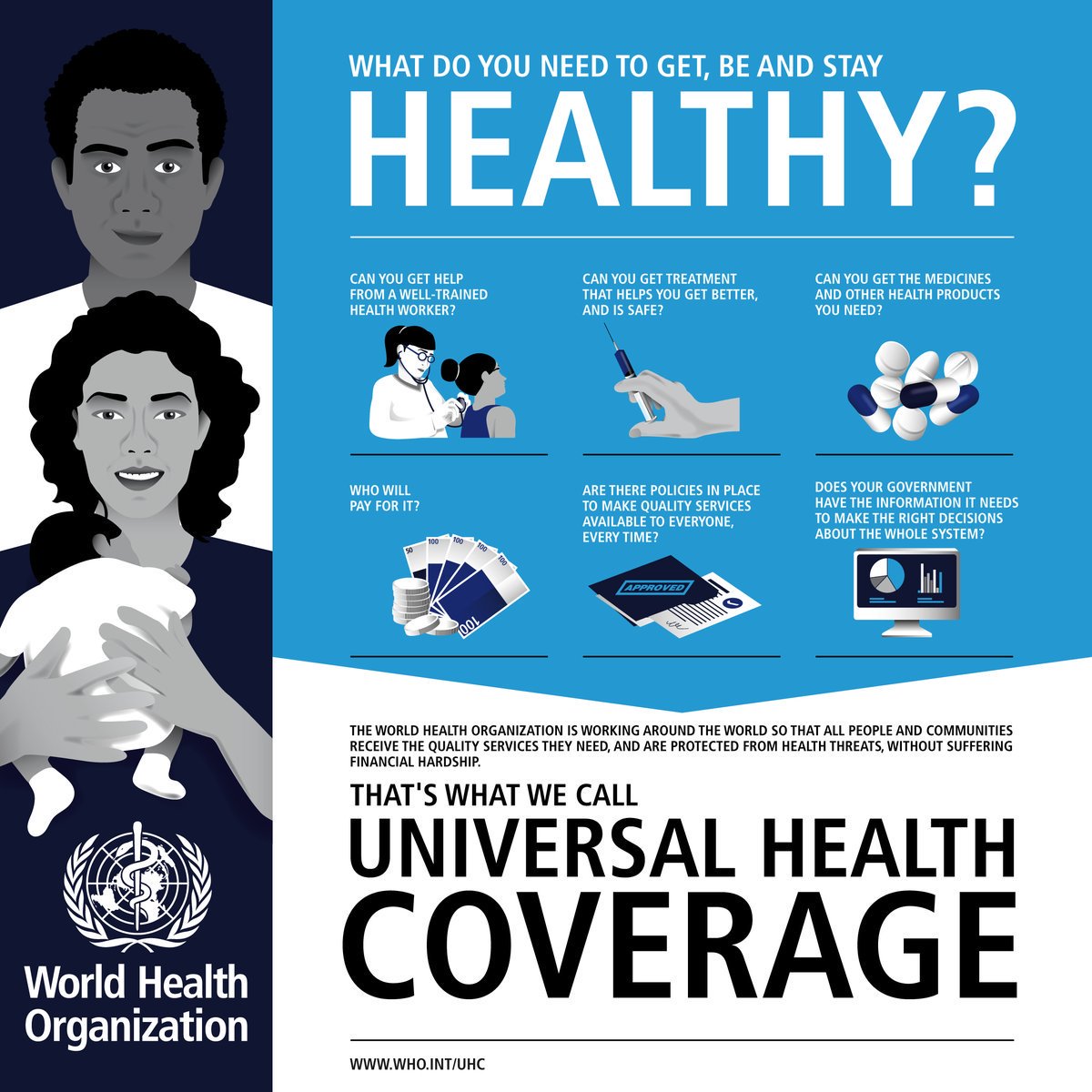 The key point that most Thais missed besides just criticizing on social media as to who really initiated the Universal Healthcare System in Thailand or about their own personal economic woes, is that we have a Thai Prime Minister On a Global stage pushing for an admirable cause as most Thais are not even aware that millions of people overseas in various countries including migrants etc , have no access to basic medical care. Thais should be proud of that moment as it also means that Thailand has come a long way and finally is a leader in making Global change and that they should throw their support around the Prime Minister when he is doing good things instead of indulging in stupid criticism as the whole global stage is looking at us.

Most Thais have a fallacy that even in developed countries like the US, Britain, France, Canada and Australia that health care is excellent there when in actual reality, medical advancements are great there but access to medical care is not . For most of these countries, one has to get to be on a queue just to see a specialist that can take months and then even to get basic diagnostics done, there is another queue of weeks and for treatments, sometimes even private insurance does not cover it and you have to either sell everything you have or simply forsake treatment.

How many Thais have gone to see the great works being done at Government hospitals like Sriraj, Chulalongkorn, Rajvithi, etc , where tons of Thais are being treated for conditions like Cancer, Autoimmune diseases, Cardiovascular issues with drugs and treatments protocols that cause millions of baht not counting the diagnostic costs and also the teams of doctors from different disciplines attending to these patients. All being simply covered by the Universal Healthcare Coverage. The Thailand Medical industry, standard of heathcare and access to healthcare is amongt the best in the world.

There are tons of HIV patients in Thailand who most have contracted the virus due to sexual behaviors like being promiscuous or stubborn enough not to use protections and yet their costly medications are covered by the Universal HealthCare Coverage that is being borne by hard working tax payers monies. Whereas in many countries, HIV medications is literally out of range for many infected despite whatever you can read online.

Its easy for Thais to criticize at everything. Note that we are not fans of the current government (we too have given up hope on them as we have never got any support for our health initiatives from any government agency) nor are we fans of any oppositions (who are forever bickering but not doing anything substantial) but as Thais we should preserve our dignity and not keep on criticizing everything in the social media and make the country a laughing stock when in reality there are so many things for Thais to be proud about, and even strive to do and excel in many other areas to move the country forward while also praising and supporting people when they deserve it.

The Prime Minister should be commended for not discarding the Universal Healthcare Coverage during his tenure the last 5 years and instead he along with the new Health Minister, has even tweaked the programme to further improve it and make it better and credit has to be given upon them. (note again we are not fans of either of them as even when we reached out to a certain MOPH officials, we got no response for some of our new community related health initiatives as they were too busy on the Cannabis project which once is totally legalized, we anticipate that perhaps about 5 years down the road, Thailand will be on the same par as the US now, in terms of an opioid crisis!)

But Thailand should be proud that at the UN Assembly, The Declaration for Universal Healthcare that was drafted through the leadership of Thailand and Georgia, and presented by our PM, was supported by almost all the countries at the Assembly including the US. This means that hopefully more than half the World population that had been deprived of basic healthcare would now have something to look forward for. In this respect Thais should really stand proud and also support their Prime Minister for this initiative which puts the country in good light globally.

(Thailand Medical News will be initiating a serious of articles with focus on the Universal Healthcare Coverage in Thailand including polls, interviews and feedback from patients especially in rural locations in the coming week.)