There are many nasal spray medications that are readily available for over-the-counter purchase to manage symptoms of allergic rhinitis. However, ongoing use of these medications has the potential to lead to worsening of symptoms such as breathing difficulty and may cause damage to the nose.

As the sprays are so easy for patients to access, many people incorrectly assume that nasal sprays are safe to use and are not aware of the possible adverse effects or potential addiction. 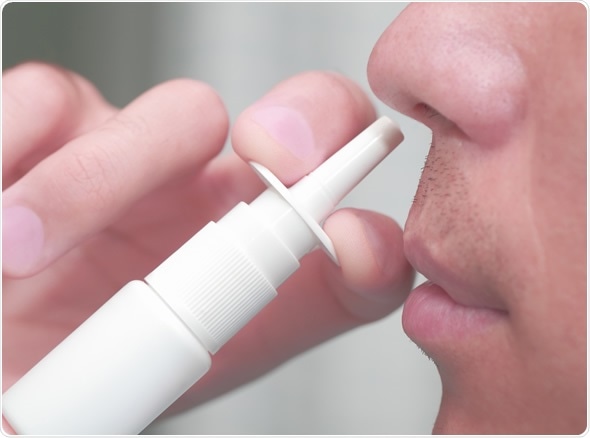 Rhinitis Medicamentosa (RM) is the medical term that refers to nasal inflammation due to medication use.

It is common for patients who use nasal sprays on a regular basis to acquire a habit of overusing the medication. This often occurs because they use the medication more frequently when their symptoms worsen, even for extended periods of time. Eventually, the excess medication itself can cause nasal inflammation and cause their symptoms to worsen, leading to a cycle of medication overuse.

Atrophy of the nasal lining is a common complication associated with rhinitis medicamentosa. This involves scarring of the lining of the nose, which may lead to symptoms such as dry nose, irritation, and bleeding. In severe cases, this may result in septal perforation, a hole in the inner wall of the nose.

Is it Drug Addiction?

Rhinitis medicamentosa doesn’t change the structure of the brain to cause compulsive use of the medication and, as such, isn’t addiction to drugs by definition. However, it does change the habits of the user and has the potential to cause physical damage to the nasal passageways, when the medication is overused.According to the National Institute of Drug Abuse, drug addiction is a chronic brain disease that causes compulsive use of drugs, despite the harmful consequences that may result from the drug abuse.

Nasal sprays can offer very safe and effective relief of allergic rhinitis symptoms when used for a short period of time. It is recommended that they only be used for a maximum of three consecutive days at any time.

This is because continued use of nasal sprays leads to down-regulation of the receptors on the blood vessel in the nose. This means that the number of receptors decreases and, when the user ceases taking the medication, a rebound effect of nasal inflammation may occur.

There are various methods that a physician may implement to manage rhinitis medicamentosa in patients with a history of nasal spray overuse.

Reducing the dose of the nasal spray over a period of time to wean the individual off the medication is one technique practiced by some practitioners. Another method is to prescribe a short course of oral steroid with a decreasing dose over approximately ten days to reduce withdrawal symptoms.

In severe cases, nasal surgery may be required to correct septal perforation resulting from rhinitis medicamentosa.