The Dukan diet is similar to the traditional Atkins diet, a ketogenic eating plan designed to ensure high fat and protein consumption and low carbohydrate intake.

However, the Dukan diet is even more restrictive than Atkins. No carbohydrates other than a small amount of oat bran are allowed at the beginning and even vegetables low in carbohydrates such as spinach and cabbage are not allowed initially. Also, unlike Atkins, fat is severely limited and foods such as eggs, steaks and chops are not allowed.

The low-carbohydrate diet was originally introduced in France where it was called the “‘Je ne sais pas maigrir” (I do not know how to lose weight) diet. In 2010, the diet reached the UK and was renamed the Dukan diet, after its developer Pierre Dukan. 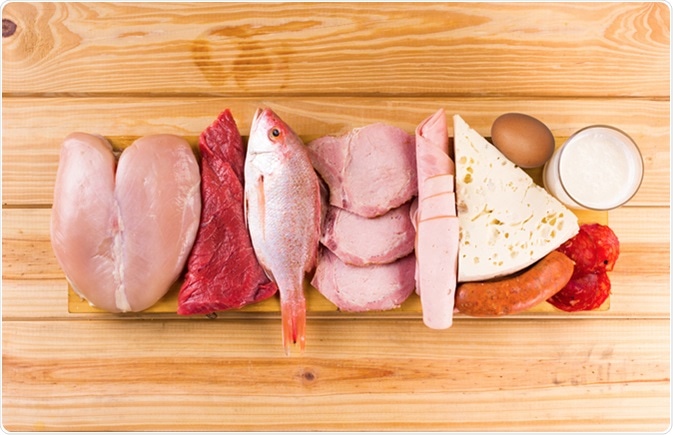 How the Dukan Diet Works

If carbohydrate stores are plentiful in the body, these are burnt as a source of energy instead of fat. Ketogenic diets ensure a low carbohydrate intake in order to force the body to switch from burning carbohydrates to burning fat. This can offer the benefit of weight loss, but an accumulation of ketones in bodily tissues can cause problems and lead to signs of ketosis. The length of time people stay on the diet depends on their current weight, their desired weight and their fitness level.

The diet is made up of four phases and these are briefly described below.

This lasts for five to ten days. No carbohydrates are eaten and there are 72 high-protein, low-fat foods to choose from.

Pure protein intake is encouraged and some carbohydrates are gradually introduced, with a selection of certain vegetables eaten every other day. Dieters stay in this phase until they have achieved their weight goals.

Foods that were not previously allowed such as dairy products and fruit are slowly introduced and dieters can “celebrate” by eating whatever they like twice a week.

If eating carbohydrates has not led to weight gain, dieters can move onto the “rules for life,” where they eat normally but have a pure protein day once a week that follows the rules of the attack phase. Dieters also commit to walking 20 minutes per day and eating 3 tbsp of oat bran every day.

The advantages and disadvantages of following the Dukan diet are described below.