The diagnosis of acute fatty liver of pregnancy (AFLP) is sometimes difficult because of the vague nature of the presenting symptoms. It is therefore based upon the history of the patient’s complaints, the clinical features and the results of specific biochemical tests. 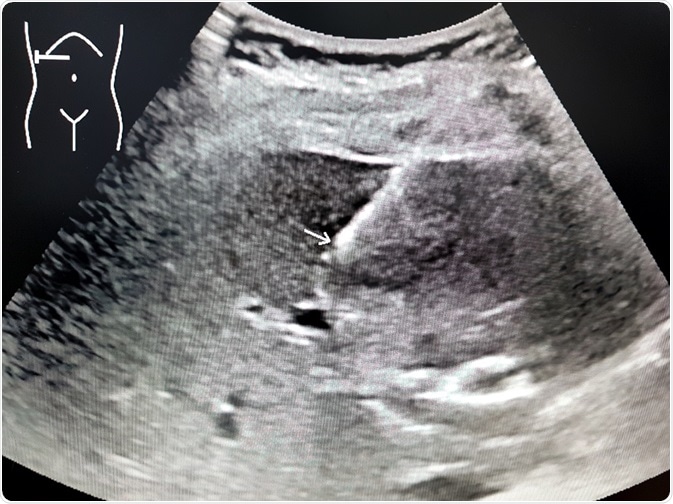 This may however, also suggest other conditions such as the HELLP (Hemolysis, Elevated Liver enzymes, and Low Platelets) syndrome, intrahepatic cholestasis of pregnancy, preeclampsia, or even acute viral hepatitis.

The first step is to rule out common liver conditions that may occur in pregnancy, most notably preeclampsia when the woman is in later pregnancy. The presence of preeclampsia does not rule out AFLP because they may coexist, but the presence of jaundice and hypoglycemia is unlikely to be due to preeclampsia in isolation, and rather favors AFLP alone or complicating preexisting preeclampsia.

A history of rapidly evolving symptoms is also in favor of AFLP, as does the presence of abnormal coagulation functions or disseminated intravascular coagulation.

Again, acute viral hepatitis should be considered, if the serum transaminase levels are unduly high, above 1000 U/L or so, and viral serology should be ordered for confirmation. Elevated uric acid levels are distinctly unusual in severe hepatitis, as are the typical signs of preeclampsia.

Intrahepatic cholestasis of pregnancy is characterized by jaundice but intense itching is also present, and high alkaline phosphatase levels in the blood. Symptoms and signs such as severe abdominal pain, nausea and vomiting, hepatic failure or coagulopathy point to AFLP.

The next step is to use imaging techniques, such as ultrasound and CT scanning of the abdomen, to show the size and the presence of fatty degeneration of the liver. This is not a definitive criterion, however, because false negative results are quite common.

As a result of this diagnostic dilemma, the necessity of performing a liver biopsy was put forward in 1955, but it has been looked upon with doubt because of the frequent presence of coagulation failure in patients with AFLP, in which case a liver biopsy could precipitate severe complications.

In addition, the availability of viral serologic testing and more sensitive biochemical assays, as well as specific clinical criteria, mean that liver biopsy has become a rare procedure in the diagnosis of AFLP.

The fact that both severe preeclampsia and AFLP are treated in the same way removes the element of urgency in the differential diagnosis of these conditions, preventing the necessity for distinguishing between them by liver biopsy.

The situations in which liver enzymes remain highly abnormal even after delivering the fetus, or when the diagnosis of AFLP must be made to justify the decision to deliver the woman, may be rare indications for liver biopsy. The histologic examination shows microvesicles of fat and vacuole formation of the centrally located liver cells, with breakdown of the hepatic lobular structure and pallor around the center of affected lobules. Necrosis of the liver is patchy, if present.

The onset of AFLP is always at around 37-38 weeks of gestation, on average, and sometimes only in the peripartum period. Risk factors include primiparity, a low body mass index (BMI), multiple pregnancy, and older maternal age. The major symptoms include chronic nausea and vomiting, with epigastric pain, while about 50% of women with this condition display a high blood pressure, show the presence of protein in urine on testing, or have significant edema. These features may be present singly or together.

The Swansea criteria for AFLP require six or more of the following to be present in the absence of any condition which might account for them:

Several recent studies suggest the value of these criteria both in screening for AFLP and in helping prognosticate the severity of the condition.