Dengue fever is a common viral infection in tropical and subtropical regions that is carried and spread by mosquitoes. There has been a dramatic resurgence of epidemic dengue in the tropics worldwide. In particular, the emergence of a life-threatening complication of the illness called dengue haemorrhagic fever is a major public health concern. 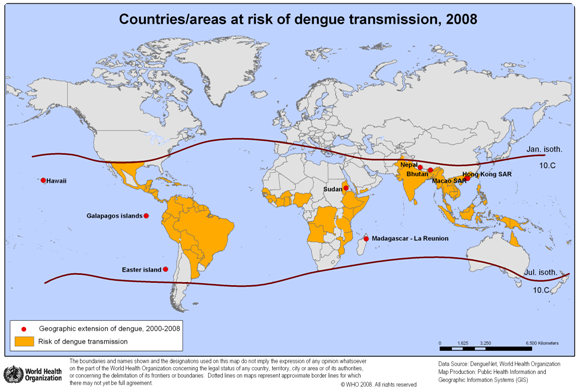 There are several factors that have been identified as causing this resurgence of dengue fever and these include:

Dengue fever has been recognized as a threat to public health by the National Institute of Allergy and Infectious diseases (NIAID), which funds over 60 dengue research projects to study the life threatening complications of the illness – dengue haemorrhagic fever and dengue shock syndrome. The body also funds research into the development of vaccines against the virus.