Humans have two pairs of teeth during their lifetime, primary (milk teeth) and permanent (adult) teeth. Primary teeth are 20 in number, 10 in each jaw, respectively. Whereas, there are 32 permanent teeth that replace all the primary teeth, sequentially.

In general, the eruption of permanent teeth occurs at a specific age. However, genetics and other factors play a crucial role in determining the shedding time of primary teeth and their subsequent replacement by the permanent teeth.

By the age of 12 to 13 years old, almost all children have lost all their baby teeth. Majority of children have a set of 28 permanent teeth by 13 years of age. This set of teeth comprises four central incisors, eight premolars, four lateral incisors, four canines, and eight molars. The last teeth are known as wisdom or third molar teeth, which may or may not erupt. Generally, wisdom teeth erupt around 17 to 21 years of age.

Below is a list of ideal eruption pattern of the permanent teeth.

Permanent molars are the first set of permanent teeth which appear around 6 to 7 years of age and hence they are commonly referred to as “six-year molars”. As an exception, they do not replace any primary teeth and erupt at the back of upper and lower jaws. Six-year molars play a significant role in giving a proper contour to the lower jaw, hence, proper care should be given to these freshly erupted molars. Often, they are misinterpreted as primary teeth and if neglected, can lead to early decay and loss.
However, not all children will have permanent molars as their first permanent teeth. In some children, lower central incisor is the first teeth to erupt.

Soon after the eruption of molar teeth, permanent incisors start replacing the primary incisors. Lower central incisors are the first set of permanent teeth which replace the primary teeth.

A good spacing between the primary teeth gives more room for permanent teeth to accommodate themselves in the dental arch. This spacing in primary teeth is referred to as interdental space.

The development of permanent maxillary canines results in the medial shifts of the roots of permanent incisor teeth. This occurs when the child is around eight to nine years of age. The crown (visible portion of the tooth) gets diverted to the distal side. This shift in the alignment of the teeth results in crooked appearance in children of this age group. This is referred to as an ugly duckling stage. 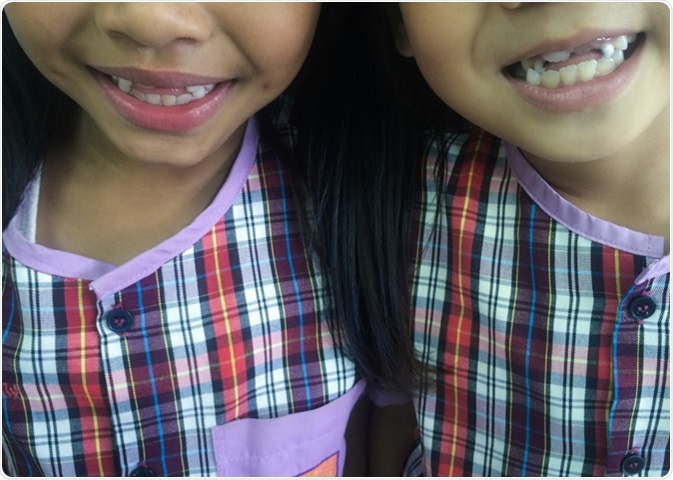 Dentition in children below 13 years of age undergoes a constant change and should never be regarded as stationary during this time. However, an appropriate cleaning of teeth during this time is vital for protecting the erupting permanent teeth against any potential dental damage.