With over 9.9 million new cases of dementia each year, the search for an effective treatment is of the utmost importance. Some research suggests that transcutaneous electrical nerve stimulation, commonly used to treat chronic pain, could be useful in improving the symptoms of dementia.

What is Transcutaneous Electrical Nerve Stimulation?

Transcutaneous electrical nerve stimulation (TENS) stimulates nerves in a certain region of the body by administering electrical impulses through the skin. The electric current is generated by a small battery-operated device and connects to electrodes which stick the body. TENS is very effective at producing short-term pain relief, and so is typically used to treat pain associated with various conditions, including back, neck, and joint pain.

However, a number of studies suggest that TENS applied to particular regions of the head and body could be effective at improving aspects of cognition, such as memory and behavior, and thus could significantly benefit patients living with dementia. 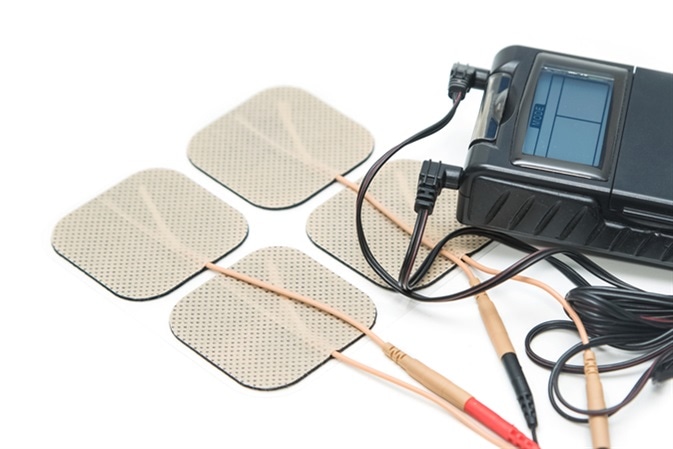 As TENS can be used to stimulate specific nerves and hence activate particular brain regions, it is useful in increasing certain cognitive functions in diseases like dementia.

Animal models have shown that the vagus nerve increases noradrenergic output from the locus coeruleus to the hippocampus, a region of the brain majorly responsible for memory that is significantly affected in dementia. This is why increasing the activity of the vagus nerve using TENS can aid memory in patients with Alzheimer’s disease.

However, further research indicates that this effect may be dependent on dementia severity, with TENS showing little improvement on memory in Alzheimer’s patients who were at mid or late stages of the disease. Thus, implementation of TENS as a therapy for dementia may only be effective at aiding cognition in early-stage patients, as the hippocampus may become too severely damaged to respond to electrical stimulation at later stages.

TENS has also been shown in research to improve aspects of behavior that are impaired in dementia, such as sleep. This is important as sleep and other night-time disturbances can significantly affect the quality of life of a person with dementia and anyone caring for them.

For instance, TENS is able to enhance circadian rhythms and reduce issues such as night restlessness in Alzheimer’s patients at both early and mid-stages of the disease. It is suggested that this effect is mediated by stimulation of the hypothalamus, which contains the suprachiasmatic nucleus (SCN), a brain region responsible for controlling the daily programming of functions in an organism.

This is important as there are typically not many alternatives to drugs in dementia treatment, which can often produce significantly adverse side effects. Therefore, evidence suggests that TENS may offer a novel, non-pharmacological treatment for the symptoms that occur in dementia, by targeting specific neural pathways and regions involved in cognitive functioning.