Fetal alcohol spectrum disorders (FASDs) are defined as a group of conditions that may occur in a child whose mother has been a consumer of alcohol during the time of pregnancy. 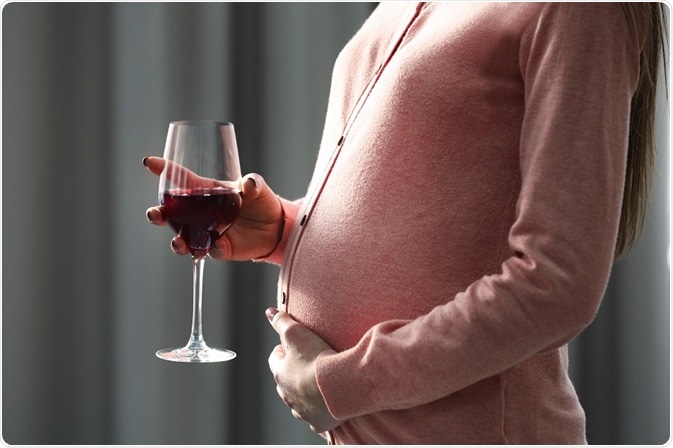 Growth problems and brain damage are caused by this syndrome. These problems vary in each child, but the impairments caused due to fetal alcohol syndrome are permanent. The consequences can have lifelong effects such as mental, physical, and learning disabilities.

Early prognosis can aid in decreasing the problems of behavioral issues and learning difficulties. FASDs are described by various terms based on the type of symptoms, including fetal alcohol syndrome (FAS), alcohol-related neurodevelopmental disorder (ARND), and alcohol-related birth defects (ARBD).

FAS is the most serious stage of the FASD spectrum, which involves birth defects and neurodevelopment ailments that are caused by drinking alcohol. Women who consume excessive amounts of alcohol cause symptoms in their children that can be distinguished by diagnosing methods that depend on the findings and measurements of factors such as abnormalities in the face, in growth, and in the central nervous system (CNS).

Individuals with partial fetal alcohol syndrome may exhibit certain characteristics to identify the syndrome, but not all. The full diagnostic criteria are not met for pFAS by an individual, but have problems associated with CNS abnormalities, facial abnormalities, and also a record of prenatal alcohol exposure. When the particular diagnostic criteria are not sufficient, these individuals are thought to be either having ARBD or ARND.

Individuals with ARND may have complications with learning or behavior and intellectual disability (ID). They do not have any growth problems or facial abnormalities; however, they have problems in the development of the nervous system and brain and their functions.

Both intellectual functioning such as learning, communication, and problem solving and adaptive behaviors are the most important complications that occur in children with ID. ID in children may be either acute or chronic. If the children have acute disability they need special support from school. In the case of chronic forms, they get certain independent skills as well as need support and good teaching from the community.

IDs are identified in children who crawl later or walk later or speak later than normal children. They also have problems with thinking logically, solving problems, and the relevance of their children activities. IDs can be diagnosed by checking the Intelligence Quotient (IQ) level and adaptive behavior.

The IQ level is low in children who have ID, which is especially in the range from 70 to 55 or lower than 55. Adaptive behavior can be diagnosed by the children’s activities in their daily life that include bathing and feeding, compared with the same age of other children.

Impairment of self-regulation includes complexity in regulating behavior and mood deficits such as irritation, lack of impulse and attention between various tasks. Serious reactions like tantrums by toddlers and infants or problems with sleeping are early symptoms of behavior and mood issues.

Adaptive functioning impairment is the problem of acquiring regular skills for social and personal development such as social interaction and communication in adolescents.

The absence of pediatric settings, accuracy, and the lack of routine screening in prenatal clinics are the reason for under detection of FASD in many children. Due to the non-documentation of prenatal alcohol exposure, the frequency of FASDs underestimates the probability of the disorder.

Children in foster care have increased chances of having FASD. In a family, if a child is diagnosed with FASD, it is essential to examine his or her siblings for FASD, which may be possible as their mother consumed alcohol at the time of these pregnancies.