With the evolution of scientific knowledge, several mechanisms have been proposed as to what causes asthma, and many treatment options have become available. However, the effective management of asthma largely depends on the identification of the underlying trigger. 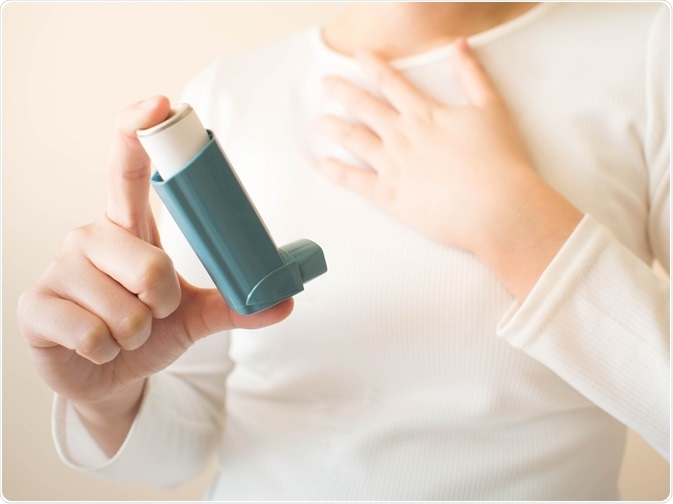 Asthma is a chronic ailment characterized by marked mucosal inflammation and spasm of the bronchial musculature lining the bronchial passages and lungs. This results in difficulty in breathing, cough, excessive mucus secretion, and wheezing sounds during breathing.

An episode of asthma can be induced by a variety of triggers. Broadly, they can be categorized into two types: external triggers and internal triggers.

A vast majority of asthma triggers are external; exposure to an allergen being the most common among these. Pollens, dust mites, cockroach parts, and the dander of rodents or of other animals are known allergens that affect many individuals. Another category of common allergens include pollutants in the air.

Smoke from charcoal grills or open fires, strong fumes of chemicals such as gasoline and paints, or even strong scents of perfumes and soaps may induce irritation of airways in certain people. Some patients do not need any other treatment for asthma other than limiting contact with the allergen responsible.

Smoking tobacco is one of the most obvious triggers for asthma and several other respiratory disorders. Active as well as passive cigarette smoking not only aggravates the symptoms of asthma such as shortness of breath and wheezing, but also worsens the overall lung function.

In some patients with very sensitive respiratory systems, even minor changes in weather or climatic conditions such as a drop in temperature, rise in altitude, or change in humidity levels can induce severe asthma episodes acutely.

Food ingredients comprise another category of external asthma triggers. Several people have been reported to be allergic to food substances such as peanuts, soy, eggs, shrimp, cow milk, fish, wheat, and certain fruits.

The presence of sulfites in some vegetables and food products is also considered to be a strong trigger. These substances are known to precipitate asthma symptoms as a part of an anaphylactic reaction which may be life-threatening in many cases.

Strenuous exercise is also capable of inducing asthma by causing airway constriction (also referred to as “exercise-induced bronchoconstriction [EIB]”). This results in chest tightness, breathlessness, and coughing in a majority of such patients. Intense workouts may also worsen the symptoms of asthma triggered by any other factor. The effect of exercise is acute, and usually subsides within an hour.

Patients with other respiratory illnesses such as sinusitis, bronchitis, pneumonia, flu, common cold, and sore throat are predisposed to developing asthma-like symptoms. Underlying bacterial or viral infections initiate the attack by causing inflammation of the mucus membranes of the bronchial tubes. Such patients often have more than two or three co-existing respiratory diseases.

Certain medications such as aspirin and other non-steroidal anti-inflammatory drugs (NSAIDs) are also known to trigger asthma in certain individuals. Asthma patients receiving β-blockers concomitantly for cardiovascular indications are difficult to treat as β-blockers constrict the air pathways and thereby aggravate asthma symptoms.

While most triggers for asthma are external, there are a few which are internal, and these may often be ignored while analyzing the condition’s etiology.

Expression of strong emotions is often associated with asthma. Intense anger, excitement, crying, as well as laughing may aggravate airway constriction. Crying also causes stuffiness of the nose in most individuals, and thus makes it more difficult for them to breathe. Persistent emotional stress and anxiety can also be causes of respiratory discomfort.

Other than emotional outbursts, hormonal fluctuations may also trigger asthma, especially during the menstrual cycles in females. Factors such as acid reflux may also trigger the gagging reflex and worsen the symptoms of asthma.