Bird flu or avian flu is a highly contagious viral infection that is transmitted between birds and on rare occasions, from birds to humans.

There are several varieties of bird flu, the majority of which do not affect humans. However, two types of bird flu have caused a lot of concern over recent years. These are the H5N1 virus, which was found to infect humans in 1997 and the H7N9 virus which infected humans in 2013.

Although these viruses are not usually spread between humans, they have claimed the lives of a number of people. Other strains of the bird flu virus that can infect humans include H7N7 and H9N2, although these strains do not usually cause severe illness. 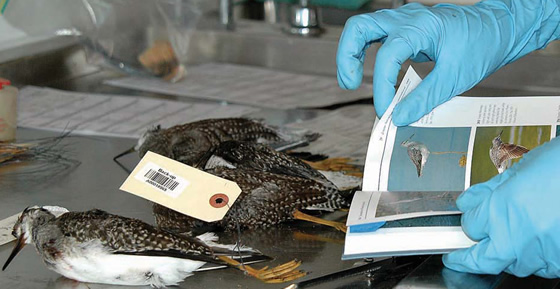 The H5N1 virus affects a wide variety of bird species including chickens, ducks, geese and turkeys. It can be passed between commercial, wild and pet birds. Birds do not always develop symptoms of infection, so seemingly healthy birds may still pose a risk to people who come into contact with them.

As with other forms of flu, bird flu is typically gives rise to symptoms such as a high fever, muscle pain, headache, a runny nose and a cough. People who develop a cough generally go on to develop more severe respiratory symptoms such as pneumonia or acute respiratory distress syndrome. Serious respiratory problems can lead to respiratory failure and require mechanical ventilation. Other symptoms include diarrhea, nausea, vomiting, chest pain, abdominal pain and bleeding from the nose and gums.

Humans are unlikely to transmit bird flu unless they have been in contact with birds from an area where there has been an outbreak of the infection. The birds can spread the virus to other birds through their droppings, nasal secretion and saliva. This can occur if direct contact is made with these bodily secretions or if contact is made with contaminated surfaces. In areas where outbreaks have occurred such as south Asia, humans, pigs and birds have been crowded into close quarters, providing an environment where the virus is more likely to mutate into a strain that can infect humans. Human-to-human transmission of bird flu is extremely rare, with the last case suspected to have occurred in 2006 between family members in Sumatra.