Renal tumors may be benign or malignant. Small tumors are being picked up more frequently by better imaging techniques. These are called small renal masses (SRM), and are less than 4 cm across. A general rule usually applies: the larger the mass, the lower the chances of it being benign. 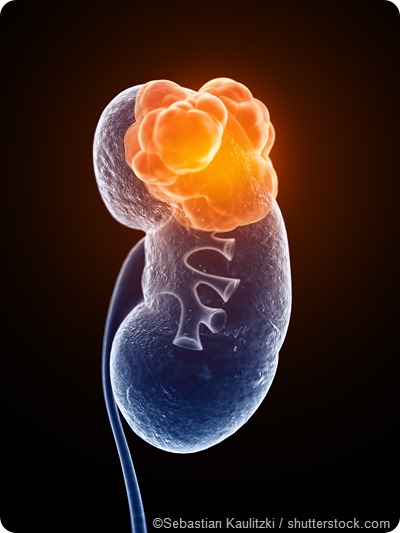 Angiomyolipomas are among the commonest benign masses in the kidney. These tumors are composed of smooth muscle components, dysmorphic blood vessels and mature adipose tissue. Occurring more often in females, its highest incidence is in the thirties to the fifties.

An epithelial renal tumor known as oncocytoma is next to the angiomyolipoma in frequency among benign kidney masses. It is most commonly found in the sixties, and occurs more often in men.

Among the less common tumors are metaneprhic adenomas, leiomyoma and reninoma. Metanephric adenomas are found twice as often in females, and are most common in the forties to fifties.

Leiomyoma is a tumor that arises from the smooth muscle and is most commonly located in the capsule of the kidney (usually representing an incidental finding).

Reninoma arises from the myoendocrine cells of the kidney and is very rare, occurring twice as often in females, most notably during the second and third decades of life. It presents with the classical triad of symptoms, comprising hypertension, hypokalemia and increased plasma renin activity.

Other benign renal masses include the solitary fibrous tumor, schwannoma, and inflammatory pseudotumors.

Malignant tumors of the kidney

Renal cell carcinoma arises from different cells in the renal parenchyma, or the functional part of the kidney. They make up approximately 70% of renal malignancies. They are twice as common in men, and in African-Americans. The great majority of these are due to a familial abnormality of the von Hippel-Lindau (VHL) gene located on chromosome 3p. Sporadic mutations of the same gene are responsible for 80% of sporadic RCC, which usually occur as single mutations in the sixties.

Another small proportion is due to the presence of end-stage renal disease requiring long-term dialysis. These patients have a 40-fold increase in the incidence of RCC. Regardless of the origin, the classic symptoms of pain, hematuria and a mass in the flank are found in only 10% of patients with RCC, and are typical for advanced cancer.

Transitional cell carcinoma originates in the transitional epithelium of the renal pelvis which gives rise to the ureter. Cytogenetic studies have shown that the most common aberration found in these tumors is the loss of chromosome 9 - either complete or partial. They are curable if they are superficial and confined to the renal pelvis.

Wilm’s tumor (also known as nephroblastoma) arises from renal embryonic cells. Most commonly found in children under the age of 5, these tumors are associated with a consistent genetic abnormality, such as mutations of the WT1 or CTNNB1 genes, DROSHA, DICER1, or SIX1 and SIX2 genes. They are almost equally found in males and females.

Cancers of the kidneys typically present late, and symptoms may be vague or misleading. Some of the common symptoms include:

Smoking is strong risk factor for most transitional cell carcinomas and at least a fourth of RCC. Obesity also increases the risk. Some other risk factors include analgesic abuse, occupational carcinogens, as well as Balkan nephropathy.

Imaging is central to the diagnosis of renal masses because of the lack of specific symptoms and clinical signs in these patients. Imaging modalities used to diagnose tumors of the kidney include ultrasound scanning, CT scanning and MRI, especially when cross-sectional imaging is used.

Increased detection of small renal masses has led to a 2% increase in the incidence of renal cell carcinoma (RCC), especially at lower stages. Biopsy of these masses has been reported to have high sensitivity and specificity, of up to 90% and 100%, respectively.

Conservative treatment with follow-up by regular imaging is sufficient for most small renal masses once malignancy has been ruled out. Symptomatic treatment may be required for benign masses.